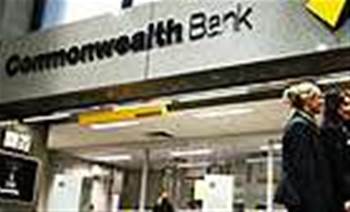 Age an issue in technological world.

Information Technology has become so central to the operations of Australia's largest companies that shareholders are starting to ask questions as to the tech credentials of board members.

The Commonwealth Bank of Australia faced a question over the technology expertise of company directors during its annual general meeting this week.

Commenting on the re-election of directors, one shareholder at the AGM questioned the board's expertise in view of the bank's modernisation projects.

"This is a technological world," the shareholder said. "What expertise has the board members in global technologies, the internet, all the ways that the bank is going though?"

The shareholder was concerned that directors, aged in their fifties and sixties, were insufficiently aligned with the bank's technological direction.

Chairman David Turner noted that CBA board member Jane Hemstritch was the Asia Pacific managing director of consultancy group Accenture from 2004 to 2007.

NBN Co Chairman Harrison Young was also on the Commonwealth Bank's board of directors.

The bank's Core Banking Modernisation project was tracking to schedule, he said, referring to a $580 million, four-year migration from legacy systems to SAP's NetWeaver platform.

One million term deposit accounts had been migrated to the new system, which allowed account holders to open accounts and process transactions and funds on a 24/7 basis, Norris said.

All Tasmanian and West Australian retail deposit accounts have also been moved to the new system, and remaining deposit and transaction accounts were due to be migrated by year-end, he said.

"Today, our systems are significantly more customer friendly, have much greater functionality and are materially more reliable than they were four years ago," Norris told shareholders.