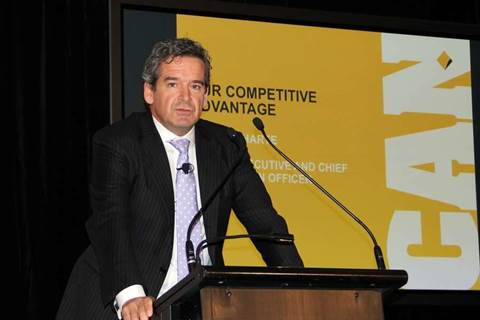 The Commonwealth Bank has introduced a file storage and sharing service for users of its online banking portal, NetBank.

NetBank Vault allows users to store up to 1000 files and folders, including documents, music files, videos and images in an “online virtual safety deposit box” within NetBank.

CommBank introduced the service yesterday after a 5000-customer trial.

Unlike rival cloud storage services – which provide between two and five gigabytes of space before requiring users to pay – NetBank Vault does not initially specify a set amount of storage for users but instead works on the number of actual files.

Chief information officer Michael Harte said the bank had set aside “unlimited” storage capacity in anticipation of “huge demand” for the service.

“We believe that customers should have control over their own digital assets,” Harte told iTnews at CommBank’s technology briefing for investors and media yesterday.

“They should have the ease and convenience of being able to put it in a safe and private place and know that people aren’t going to reuse it or share it.”

Harte said all documents would be stored and backed up in CommBank’s Sydney data centres, and secured “through our ordinary security”.

NetBank Vault users would not be able to store files “for illegal purposes” – such as copyright-infringing material – but Harte did not disclose how usage would be monitored.

He envisaged a service that was “sufficiently protected and partitioned” to be used by customers to store and share parts of their financial or healthcare files.

“It’s going to be [storage]-as-a-service, for our customers to put in anything they like, from music through to X-rays,” Harte said.

“We want to make sure that they have the utility so that if they want their healthcare professional, financial planner or friends and family to go in there and take pieces … they can have that ease of use and feel that they have control.”

The service is available for free through NetBank Labs. CommBank has promised to give customers 60 days’ notice should the service be discontinued.