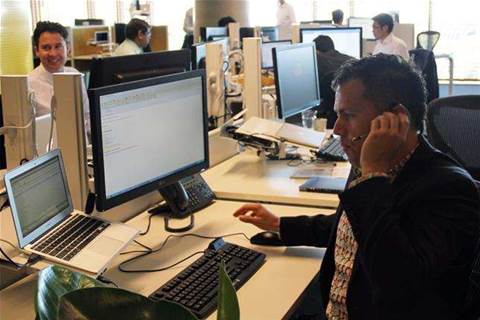 Lync softphones and DECT headsets... of out favour?

Lync falls out of favour?

The Commonwealth Bank could roll out some 6200 smartphones as the "preferred telephone solution" for staff in its new Sydney CBD headquarters.

A spokesman for the bank told iTnews today that the move would establish smartphones as the primary way for staff to communicate by phone in and outside of the office.

"As part of our continued planned set of experiments into productivity and bring your own device capabilities, the Commonwealth Bank has decided to use mobile phones as the preferred telephone solution for staff at Commonwealth Bank Place," he said.

Delimiter first reported that the bank had started replacing its softphones - based on Microsoft's Lync unified communications platform - with smartphones.

CommBank's spokesman told iTnews that some aspects of Lync would still be available to employees.

"Employees can continue to use Microsoft Lync for instant messaging," he said.

It was unclear which smartphone platform the bank preferred. The spokesman did not respond to questions on smartphone brands, nor to its partners in the project revision.

"The Bank does not comment on negotiations with suppliers," the spokesman said.

CommBank moved some 6200 staff into the new Commonwealth Bank Place between June 2011 and February this year.

Staff were issued with MacBook Air, MacBook Pro and Dell laptops; however, in April, iTnews revealed that the bank had asked its vendors to address user experience issues with the Apple devices.

CommBank went public last year with its decision to bring the Lync product to the desktops of 32,000 users. At the time, the bank's executive general manager Nick Holdsworth highlighted the mobility benefits of using a soft - rather than smart - phone.

"We're a pretty mobile organisation so I'm not always at my desk. In fact I probably spend more time away from it," he said.

"The ability for me to really plug in anywhere where people are and actually be able to contact them very quickly and effectively is fantastic."