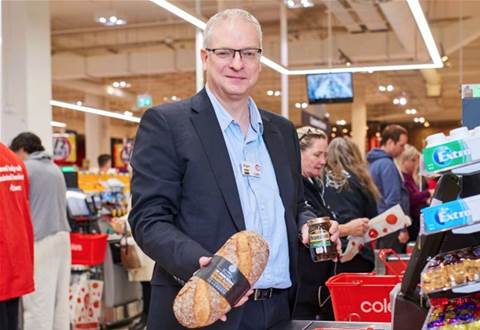 Coles is trialing systems that could help it identify gaps on supermarket shelves and trigger re-orders of sold-out products.

The supermarket operator revealed it is exploring several options around real-time replenishment through an internal lab operation called Lab288.

Despite being formed in 2017, not much has previously been said about Lab288, which chief information and digital officer Roger Sniezek described to iTnews as Coles’ “disruptive technology lab”.

Sniezek said that Lab288 focused on trials that were “a bit more 'future horizon'-focused than some of the other stuff that” the company is doing.

It is also "applying GPU-accelerated machine learning, mechatronics, electronic engineering and the internet of things to solve some of Coles' most complex business problems," one of Lab288's founders - and head of disruptive technology - Ben Youl said separately this week.

Sniezek said there were “various solutions” that could be used to enable real-time replenishment of products on shelves.

“If you look at all the cameras in the store, or put some strategically-placed cameras, then they can learn what all of our 20,000 SKUs [products] that we have in each store are, will know when they've gone, and can help then figure out where the gaps are on the shelf,” he said.

The end solution could also involve IoT sensing or some form of smart shelving technology, in addition to information that is collected at the point-of-purchase.

IoT sensing would likely require cooperation from manufacturers or growers, since it could be used to provide intelligence across the supply chain, not just in-store.

“Today, clearly we know what goes through the registers and that helps us,” Sniezek said.

“But as you start getting IoT sensors coming in, that gives you more data to then put into the algorithms to help with product availability.

“A number of these things we are trialling at the moment, and we’re just trying to figure out with ourselves and with our partners what the best solution is to go forward with.”

Sniezek noted that technology in the space is “changing pretty rapidly” and that costs generally were coming down to the point where it was economically feasible to deploy.

“If you just look at how the cost of cameras has come down and the resolution has increased over time, that just gives you an idea of where this can go,” he said.

“Maybe in the past, to cover an aisle, you might have needed x [number of cameras, whereas] now you might need a tenth of that."

Coles saw a role for Microsoft - and particularly Azure services - in real-time replenishment trials. The retailer struck up an extended partnership with Microsoft last week.

Any Microsoft involvement in real-time replenishment was likely to be in the core machine vision components, but could also stretch to other services such as stream analytics, which could allow Coles to process video closer to the camera, instead of drawing it back to a central store for processing.

“You can bring it back centrally, or you might choose to do compute at the edge,” Sniezek said.

“There’s various ways of doing this that we're exploring.”

Sniezek said that Microsoft is providing engineering resources that are sitting with Lab288 to directly explore “co-innovation” opportunities.

“As part of this deal, Microsoft is investing in our innovation lab for next-generation retail solutions as we look into the future,” Sniezek said.

Shelley Bransten, corporate vice president of worldwide retail and consumer goods for Microsoft, said that the extended partnership between Coles and Microsoft “brings us to a new chapter of co-innovation together.”

“The co-innovation that we can do together specifically around creating more personalised experiences for the consumer, empowering their team members, reimagining their supply chain, and then really looking at what the stores and experiences of the future will look like,” she said.

Coles and Microsoft are also working together to stand up an enterprise data platform, which the retailer plans to use to explore more uses cases for AI and analytics.