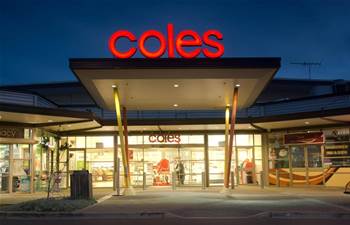 As it delivers a payments transformation.

Coles Group has appointed Sonja Steiner as its new head of financial technology - FinTec - as the supermarket giant moves through a transformation project to update its legacy systems.

Steiner wrote on LinkedIn that she was “happy to share” her new role and “excited to work with some new, amazing people in payments and financial services.”

The role leads the development and delivery of multiple strategic technology solutions for payments and financial services at Coles.

It is "currently delivering a transformation project, uplifting legacy systems bringing exciting payment and settlement processing solutions, platforms, and services to the business," according to recent job advertisements.

The advertisements also noted that Coles is "one of the largest EFT transactional processing entities in Australia."

“The head of FinTec role is responsible for leading the technology delivery for payments and financial services businesses for Coles Group,” a spokesperson told iTnews

Coles program manager Samantha VanDenBerg had been acting head of FinTec since the start of January.

The retailer's previous head of FinTec, Rob Magnanini, left about the same time, after one year and eight months in the role, but over 25 years in total at Coles.

Salvo Giardina has since been appointed director for wrap operations and transformation at Colonial First State.

Prior to Colonial First State Steiner spent six years with ANZ Banking Group, five of which were as head of payments and cash operations for Australia, and over eight years at NAB in various payment roles.