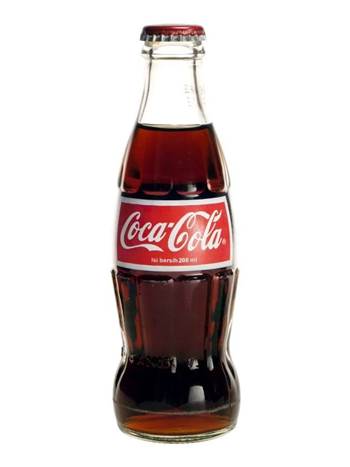 Coca Cola Amatil is moving a greater share of its applications onto hosted cloud services as it looks to simplify its IT services and deliver real-time insights to customers and staff in the field.

The fast-moving consumer good (FMCG) giant recently completed a four-year project to replace 170 legacy systems with an SAP core, and is gradually moving more of its Microsoft applications (Exchange, Office, Sharepoint, Lync) out of local data centres and into the vendor's cloud services.

"Our vision is to get more people off traditional SOE [standard operating environment] on laptops and more towards a web-browser, app-based environment.

The end-game, he said, was to deliver "real-time insights when the users need it."

Sales staff are being provisioned with iPads that connect to the back-end SAP system, while stockists of Coca Cola products can also order, check stock and pay bills using the myCCA self-service customer portal, available via the web browser of via native iPhone and Android apps.

The next move in CCA's journey is to move more of its internal IT services (currently hosted by Telstra and managed by IBM) into the public cloud.

"The [admins] shouldn't be worrying about the hardware, more about how the application performs," he said. "We are adopting a hybrid cloud to deliver those insights more easily and more cost effectively than via our traditional data centre approach."

Coca Cola Amatil will spend the next six months decommissioning its SharePoint servers, breaking up components of the applications hosted on the SharePoint platform to be migrated to either of Microsoft's Office 365 or Windows Azure clouds.

CCA embraced Office365 in 2011 (as an upgrade to Microsoft's first attempt at cloud services, BPOS), but chose not to deploy the hosted version of SharePoint at the time as Hutton felt it was under-baked. CCA's on-premise SharePoint server, last upgraded in 2011, became a fundamental building block for a large array of CCA's services.

It was used, for example, to deliver business reports that exposed back-end data stored in CCA's core SAP systems, and for hosting Newsgator-powered social sites on the CCA intranet.

Hutton told iTnews if he'd had his time again, he would have waited for Microsoft's cloud solutions to have matured before building so many extensions on top of an on-premise platform.

CCA will now migrate the social aspects of its SharePoint platform to Office 365 in the hope Microsoft will provide better integration between hosted versions of SharePoint and its acquired Yammer technology.

Other SharePoint-hosted services that don't fit neatly on Office365 - such as CCA's credit approval workflow for setting up new customers - will be hosted on Microsoft's IaaS cloud, Windows Azure.

Hutton said the time was right to consider more use of public cloud as management and security tools have improved. Admins can now manage Windows Server 2012 and Azure instances from the same install of System Center, and Microsoft can offer federated authentication services across the hybrid cloud.

He said CCA would consider hosting more applications and data in Microsoft's Azure cloud once it has built out its Sydney availability zone.

"Local hosting will [only] be essential for us when we look to move some of those data sets that are more sensitive into the cloud," he said. For applications like CRM, he said, the local hosting simply "takes away that part of the conversation about data sovereignty."