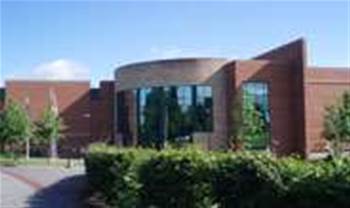 Cobol has long been written off as old hat, but many CIOs at large UK organisations have little choice but to carry on employing Cobol developers to maintain and enhance legacy applications that support their core business processes

And some of tomorrow’s IT executives are even being taught to program in Cobol as part of their training, 50 years after the language was first created.

At the University of Limerick in Ireland students are offered the option to learn Cobol skills as part of a four-year degree in information technology management for business.

Cobol remains a cornerstone of business-oriented programming because so many commercial developers require it to keep older applications running, says Michael Coughlan, a lecturer at the university.

“It’s very difficult to get rid of Cobol even if you wanted to. People have spent 30 years or so building up a portfolio of core, critical systems running on it, and to replace them with new purpose-built systems would be prohibitively expensive and not really possible if the system is any size at all,” says Coughlan.

All of those applications commonly ran massive amounts of online transactions overnight that had to be updated in the morning, and other languages could not process that mass of data as effectively as Cobol.

“As long as financial institutions and large organisations continue to process large amounts of data onsite, Cobol will continue.

"The only other contenders are database management system (DBMS) languages such Oracle or DbC, but they are a different thing and often need expert skills,” she says.

UK catalogue shopping company JD Williams employs about 88 developers, 28 of them specialising in Java and the other 60 in a mixture of Cobol and Assembler. The company’s warehouse application, which runs on an IBM mainframe, was built with Cobol and dates back to the late 1990s.

As such, it “would not lend itself to something more modern”, says Mike Madden, development service manager at JD Williams, although the company does use other development platforms, such as Java, for web services.

“We are big on integrating new systems with older systems, particularly for web sites. And all the customer information on the back-end mainframe has to be able to talk to a web front end,” says Madden.

“We saw attempts in the 1990s to move Cobol systems over to the client server model, and I did work in a couple of places where they completely abandoned their legacy applications,” adds Stuart.

“But in most cases they just implemented a fancy Windows-type user front end but kept the legacy Cobol program on the back end.”

Cobol is machine independent, so applications can be migrated onto systems other than mainframes, which is why Coughlan believes those with Cobol skills can be optimistic about the future.

And porting Cobol applications onto Windows servers in particular is now much easier thanks to tools being provided by vendors such as Micro Focus, Fujitsu and Microsoft, which can also help integrate back-end applications with .Net front ends for web services.

“Ways have to be found to bring Cobol into the modern world, like attaching web front ends to Cobol systems, and re-hosting them on different platforms,” says Coughlan.

“All of those mainframes, like Honeywell Bull, Wang and HP3000s and their operating systems, are slowly dying, and some way has to be found of moving Cobol applications onto other systems.”

If legacy Cobol applications can be successfully migrated onto Windows servers, demand for Cobol programmers is likely to be assured for years to come, particularly as older Cobol specialists retire and blue-chip companies look to recruit replacements into relatively safe, well-paid jobs.

Stuart believes that younger developers now recognise this, but smaller businesses are also waking up to the fact they can use the latest version of the development platform to build simple, easy to use software that is easy to maintain.

“Some third-generation programmers I taught did not want to know and grew green and shaky at just the mention of an IBM mainframe, but the new laptop generation running their own businesses want to learn Cobol as they see that it can solve some of their problems,” she says.

JD Williams is one company keen for its programmers to familiarise themselves with Cobol from the outset, and is involved with the Micro Focus Action programme, which aims to support the teaching of Cobol skills within academic institutions.

“In the past we have taken IT graduates and put them through our internal training programme, but last year was the first time in four years we have taught non-IT graduates Assembler, Cobol and DbC skills,” says Madden.

“We start them off as programmers, then move them through analysis, design and maybe project management. We teach them a career as opposed to a skill, whereas people we interviewed with IT degrees tended to focus on pure programming, mainly Java, and did not have the skills for a broader career in IT.”
Got a news tip for our journalists? Share it with us anonymously here.
Copyright © 2010 Computing
Tags:
bycioscobolprizedskillssoftwarestill