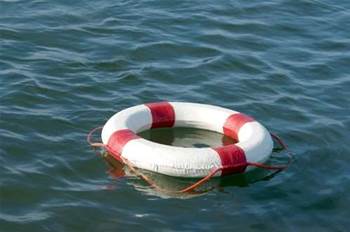 Analysis: The 'easy sell' in the alternative broadband strategy.

The Coalition's broadband policy is being lauded as a potential breakthrough for issues that have plagued NBN Co's fibre rollout in new housing estates.

While the Coalition faces a tough task to sell its policy for built-up ("brownfields") areas, the greenfields portion of the policy is being embraced by the sector as a way to get fibre into new homes and multi-dwelling units faster.

NBN Co has experienced many of the same problems with its greenfields program of works since taking responsibility for them at the start of 2011, including lack of backhaul to estates, pit and pipe ownership squabbles, and the geographic spread of work.

All have contributed to delays in getting fibre into many developments, prompting NBN Co last month to commit "additional resources and effort" to get fibre deployments in new estates back on track.

But with a federal election looming, and an alternative broadband strategy now on the table, confidence in NBN Co's ability to get on top of the greenfields rollout is waning.

Stephen Albin, chief executive of the NSW branch of peak body, the Urban Development Institute of Australia (UDIA), raised concerns about the speed and the cost of the rollout of the NBN to iTnews.

Albin believes a "competitive environment" could "help reduce the cost and timeline for the rollout of the NBN".

A centrepiece of the Coalition's greenfields policy is that experienced private fibre builders and operators — that have thus far been excluded from performing rollout work for NBN Co— will be given a lifeline back into the lucrative project.

NBN Co put many of those fibre builders offside in May 2011 when it decided to appoint a single prime contractor — Fujitsu — for all greenfields works.

The Government's previous plan had been to convene a panel of these private builders to share the workload, but NBN Co later decided against this, partially over fears the smaller, experienced builders would not be able to scale up their workforces fast enough to meet the demands of the NBN rollout, something they have consistently rejected.

(Ironically, Fujitsu was dumped by NBN Co for being too slow. The works were handed off to other construction contractors — again, not the smaller builders — but the rollout problems remain.)

Inviting those smaller builders — such as Opticomm, OPENetworks, Pivit and others — back into the NBN fray is a bold strategy to resurrect the greenfields rollout, but one that could just work.

"A key failing of Labor's NBN has been mishandling of new (or 'greenfield') estates and multi-dwelling units," the Coalition policy states. (pdf)

"Private sector involvement will be encouraged in each case".

Although some clarity is still required, the Coalition's policy appears to allow small network builders to roll fibre into estates and then either retain ownership and control of the asset, or transfer it to NBN Co "at an agreed fixed price".

Those that keep the asset have to commit to an open access arrangement "on non-discriminatory terms" and to set wholesale prices under the levels prescribed by a regulated cap.

OPENetworks managing director Michael Sparksman sees the Coalition strategy as "a very good plan, even though there's still some gaps in our knowledge of it".

One aspect he is keen to better understand is how things would work if OPENetworks rolled fibre into an estate but chose not to sell it to NBN Co.

"We don't build things for NBN Co — we build [networks] to operate ... ourselves," Sparksman said.

"I don't want to presume too much of it but that is my preference as to the interpretation, and if that is the interpretation then greenfield operators would be rejoicing over the fact that we can build our networks for well under half of what the NBN Co are spending in greenfields for delivering the same or better standards."

Albin is equally supportive of this policy. "UDIA supports the Coalition's policy objectives of experienced contractors [being] able to operate in the greenfield space, [and of] greenfields network builders [being able to] sell into the NBN or keep the asset themselves, as long as they make it open access and don't charge more than NBN wholesale rates," he said.

Sparksman is pleased that the technical requirement for a network to be considered under the Coalition scheme is that it "meet NBN specified standards".

"We are very praiseworthy of the opposition in deciding that their standards should be those that the government specifies, rather than a particular design, architecture or equipment specification.

"This is how prices will be reduced significantly by allowing competition not just in terms of the builder and the operator, but also in the supplier of the equipment, so that we're not looking at one vendor controlling all and they can charge whatever they like."

Sparksman believes leaving greenfields network assets in the hands of private operators — while including them in the 'NBN' — will result in cost benefits to the national broadband scheme.

"I think it's a win for not only the community but everyone in this process," he said.

"People like us ... only get fed if the connection is maintained, not just initially built. We are therefore benefiting from a continuity of trade but so too is the community benefiting from the fact that we will spend our money on maintaining and upgrading [the asset]."

Sparksman also said a co-funding arrangement proposed by the Coalition is a "big ... but very pleasant surprise".

Under the Coalition proposal, areas of Australia that did not want to wait for fibre could elect to do it themselves, and if the rollout costs were deemed acceptable, the Federal Government could pay up to half the cost.

"There are many estates throughout Australia that have been built in the last 10 or 15 years that have got plenty of spare conduit, no cable facilities other than possibly some copper, with surplus capacity to pull through fibre, and for a very affordable price fibre could be deployed [there]," Sparksman said.

"But under the current NBN Co standard, that conduit arrangement may not meet the requirements of the NBN Co but other commercial operators would quite happily deploy fibre networks in them."

The lure of having the government pay up to 50 percent of a sound fibre deployment proposal could make it cheap enough for residents of such estates to stump up the remaining money to make the rollout happen.

"Why wouldn't you do it if the Fed Government are prepared to contribute 50 percent of the cost?"

Although the Coalition policy holds great promise for greenfields, players such as UDIA believe more can be done to overcome rollout impediments in new estates.

"A couple of issues that we have found that have led to delays so far include local councils taking excessive time in approving headworks," Albin said.

"UDIA would like to see increased cooperation from local councils in dealing with NBN."

Albin also points to ongoing problems with attracting skilled labour for the project. He says the Association supports a policy by which the service for the provision of infrastructure is opened up to private skilled contractors.

For now, all eyes are back on NBN Co for an update on where it is at with the greenfields rollout.

The company's latest Ready For Service spreadsheet — which shows when fibre is ready to support retail internet services — was released late Monday night, but sheds no further light on the situation.

"The update to this report will be available shortly," NBN Co said in its place.

Opticomm was asked to contribute to this story but could not be reached at the time of publication.