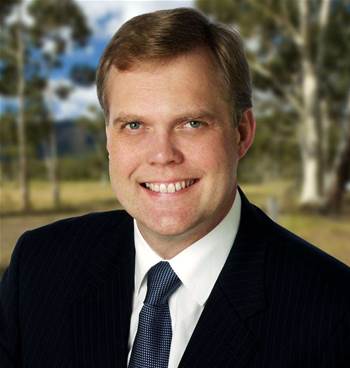 Shadow Communications Minister Tony Smith has emerged as a lone critical voice in continuing to wage war on the NBN as carriers came out to praise the NBN Implementation Study findings.

Smith steadfastly refused to concede that the study provides a compelling business case for the up to $43 billion investment.

In a statement, he said the build cost and timeframe outlined in the study by McKinsey & Co and KPMG "rely on nothing at all going wrong and everything going right."

"The fact the study makes out a business case on the Government's pre-determined plan with its pre-determined architecture does not mean it is the most cost effective or responsible use of taxpayers' money," Smith said.

He said the study "confirms that taxpayers will wear a huge risk for many years to come".

It was an interpretation that wasn't shared by the Federal Government, who earlier said that - assuming no deal is struck with Telstra - NBN Co could nonetheless be earnings positive within six years and the taxpayer be repaid within 15 years.

The Coalition has made no secret of its intention to scrap the NBN should it get into power at the next election.

Telcos were generally more positive of the study's main finding that the NBN was viable.

"With the release of the NBN Implementation Study we are now on a path to building a world-class broadband network," Optus chief Paul O'Sullivan said.

"Most importantly, the study has found that access to the network will be available to all Australians at a price they can afford, which is essential to the healthy take-up of services on the new network."

O'Sullivan made it clear that Optus wanted the Government to now "get on with [the build]."

"As the Implementation Study now makes clear, the NBN will be financially viable even without the involvement of Telstra," O'Sullivan said.

"So it's time to end this never ending debate over negotiating tactics and focus instead on getting the reform our industry so desperately needs."

"It's an exciting time and should mean Australian consumers and businesses will be far better off, with opportunities for more players to deliver the value and innovation that Australian users deserve," Dews said.

He said in particular VHA was looking forward to "engaging with the Government around the details" of its use of wireless to deliver fast broadband to some homes and businesses.

"We encourage the Government to remain open to opportunities for wireless to play a larger part in delivering the benefits of the NBN to more people, more quickly," Dews said.