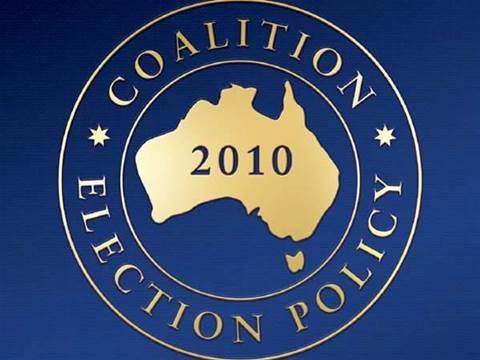 The Liberal-National Coalition has unveiled a four-year, $100.5 million cyber-safety plan that would require ISPs to promote free, PC-based internet filters.

In policy documents released this week, it pledged $60 million to PC-based filtering: $10 million this financial year; $20 million in 2011-12; and $15 million per year afterwards.

The Coalition criticised the Labor Government's mandatory ISP-level filtering proposal, which was a controversial part of its four-year, $125.8 million cybersafety plan launched in 2008.

According to Coalition policy documents, Labor's ISP-level filtering proposal was "unworkable" due to speed, circumvention, and implementation issues.

"The only concrete decision [Communications Minister] Conroy has taken was the cancellation of the Howard Government's practical program to protect Australian families online," the Coalition stated, referring to the scrapped $84.8 million NetAlert program.

"The Coalition did not implement a mandatory ISP-level filter in government because it could not be shown to be workable or effective, offered a false sense of security to parents and would impact on internet speeds.

"For these reasons other democratic nations have also not implemented a mandatory filter," the Coalition stated.

While it acknowledged that "no filter can be perfect", the Coalition argued that PC-based filters were "much more dynamic" than ISP-level filters, and could monitor a wider range of online behaviour.

It planned to fund the entire cost of providing filters through grants to ISPs, and would collaborate with the industry on leveraging ISP-customer relationships to promote the filters.

Another $30 million would be spent on expanding ACMA's Cyber-safety Outreach program, which focused on educating teachers, students and parents.

ACMA would also be tasked with informing the Government on appropriate PC-based filter technology using the funding.

A further $10.5 million would be spent on establishing a National Cyberbullying Taskforce and helping schools tackle bullying and social networks.

Funding would come from the $26 billion the Coalition expected to "save" by scrapping ALP Government programs.