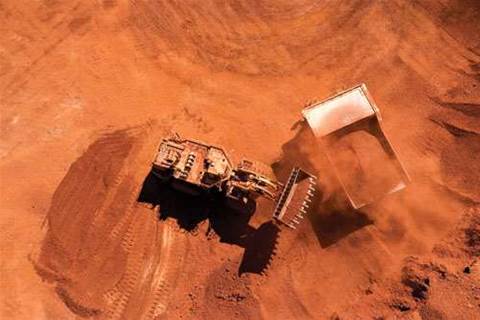 East coast investments to match those in the west.

iTnews reported in January that Australia's miners were turning to real-time monitoring and predictive analytics to combat dust emissions and movements.

Rio Tinto is an early adopter with a predictive system at its iron ore port operations in Dampier, Western Australia.

However, submissions to a Senate inquiry on air quality reveal similar investments are being made on the east coast of Australia, home to most of Australia's coal mining operations.

Anglo American said it had recently installed Pacific Environment's EnviroSuite package at its Drayton mine in the NSW Hunter Valley, and is using the package to "manage blast fumes" — a source of dust — at its Dawson mine in Queensland.

Real-time dust monitors across the Drayton site and a "new onsite meteorological monitoring station" feed into EnviroSuite. The system can alert personnel to breaches of "pre-defined trigger levels" via email or SMS.

The system also uses local weather conditions to forecast 48 hours in advance "where the risk of dust emissions may occur (e.g. based on wind speed, direction, rainfall and atmospheric stability".

Port Waratah, a major stockpiling and shipping point for coal from the Hunter Valley, indicated it is investing in an Intelligent Dust Management System (IDMS) at its operations on Newcastle's Kooragang Island and at nearby Carrington.

The system is also slated to be used at the future Terminal 4 (T4 Project), which is yet to secure planning approval.

The system provides much the same capabilities as used by Anglo American, such as real-time monitoring and dust risk predictions based on weather conditions, and notification transmissions to personnel.

Meanwhile, the Queensland Resources Council (QRC) has revealed plans for a dust monitoring program on the state's western and metropolitan rail systems to measure the impact of coal in transit from pit to port.

A series of samplers and dust monitors have been deployed for the project, which began last month, and the aim is to publish data "in near real-time" for public consumption.

"The continuous monitoring equipment proposed to be used will enable information on ambient particle levels to be disseminated to the public via the web in near real-time," Queensland's Department of Science, IT, Innovation and the Arts said.

Rio Tinto also made a submission to the federal inquiry, but did not mention its systems investments.