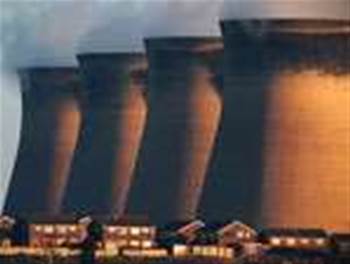 A new technique for the production of plastic may yield CDs and DVDs that thwart global warming.

By using waste carbon dioxide [CO2] in the manufacture of polycarbonate plastics, scientists expect to remove the greenhouse gas from the environment while delivering less expensive, safer and greener products compared to current production methods.

“Carbon dioxide is so readily available, especially from the smokestack of industries that burn coal and other fossil fuels,” said Thomas Müller, a Professor at the Institute for Technical Chemistry and Macromolecular Chemistry at RWTH Aachen University in Germany.

CO2 produced by power plants during the combustion of fossil fuels is generally released into the atmosphere, where it contributes to the greenhouse effect. By incorporating CO2 into polymers and other materials produced in large-scale, the chemists expect to reduce the contribution of the greenhouse gas to global warming.

Plastics that are manufactured with the proposed technique could be used as material for sunglass and eyeglass lenses, safety goggles, headlamp lenses in vehicles, drinking bottles, CDs and DVDs.

Millions of tons of polycarbonates are sold each year, researchers say, and capturing carbon dioxide in this manner could avoid the release of many million of tons of the greenhouse gas into the environment.

“Using CO2 to create polycarbonates might not solve the total carbon dioxide problem, but it could be a significant contribution,” Müller said.

Speaking at the 235th annual meeting of the American Chemical Society on Tuesday, Müller said that consumers may be drinking from a carbon dioxide product and watching movies on waste-CO2 DVDs sooner than they think.

“I would say it’s a matter of a few years [before CO2-derived polymers are available to the public],” he said.
Got a news tip for our journalists? Share it with us anonymously here.