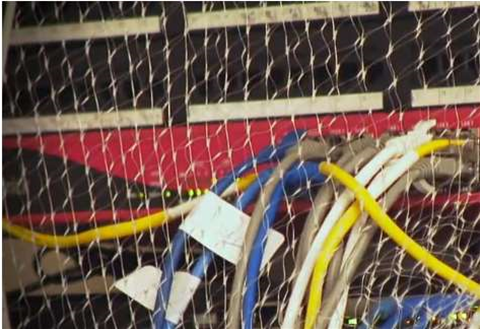 The author of the Australian Law Reform Commission’s report into the classification system has called for a co-regulatory scheme to implement internet filtering.

Queensland University of Technology media professor Terry Flew, who authored the much-anticipated ARLC report on the national classification system, said filtering could be used as one method of preventing access to particularly ‘abhorrent’ material on the internet.

Though not explicitly backing a mandatory or voluntary internet filter, the commission did obligate service providers to take “reasonable steps” in preventing access to some material.

But blocking access to such sites would require more industry buy-in, Flew said.

“The more this proceeds on a cooperative arrangement between industry and government, rather than an antagonistic one, the more likely we are to get outcomes that are beneficial to the community as a whole.”

He welcomed moves by providers Telstra, Optus and CyberOne to filter child abuse sites based on an Interpol-maintained ‘worst of’ blacklist of more than 400 sites.

The voluntary filter and subsequent move to an Interpol blacklist has been widely seen as a stop-gap arrangement to the Federal Government’s mandatory internet filtering proposal, which would focus on a blacklist of refused classification material maintained by the media regulator.

Under the ALRC’s recommendations, the RC category would be replaced by a more narrowly defined ‘prohibited’ classification, a subset of which would most likely be used to maintain the blacklist.

But Telstra and Optus remain in the minority of service providers willing to publicly support filtering of connections.

Though the Australian Federal Police has indicated there are five providers ready to participate in the scheme - with Primus initially keen on taking part in the voluntary trial - most in the industry have remained quiet in recent months out of fear of retribution from customers.

The sudden silence quashed the most recent attempts at co-regulation, proving the Internet Industry Association’s claims that 90 percent of its membership would provide a form of voluntary filtering by the end of last year wrong.

The IIA's proposal to draft a code of conduct on the issue floundered after the body’s members refused to comply with a proposed voluntary internet code.

Some of IIA’s previous high-profile members, including Telstra and Google, are no longer involved with the body.

“Our members don’t want to adopt the code so it’s sitting in limbo I guess.”

However, he maintained co-regulation could still be possible in future.

Flew said community concerns over the availability of “abhorrent” material such as child abuse on the internet should provide the impetus required to gain further acceptance by service providers.

“Clearly there’s not a suggestion that one trillion sites go to Surry Hills to get a classification,” he said.

“If we’re talking about child abuse material, for instance, I think there would be a strong view in the community that if it costs internet service providers to deny access to that material than that’s a cost that’s reasonable expectation of operating in the Australian media environment.

“The idea that the internet is not filtered is just not true. We know the trials being conducted by Telstra and Optus have led to a significant number of redirects already.”

What's good for other media...

The Government is waiting on the findings of the separate Convergence Review before formally responding to the ALRC’s findings.

It is expected the review, led by former IBM Australia boss Glenn Boreham, will recommend tighter regulation on internet-based ‘content enterprises’ such as YouTube.

However, Flew indicated that similar classification regulation may be required on the internet to restrict public access to adult content with an R18+ or X18+ rating .

“The broader question - in a context of convergent media do you continue to apply platform-based rules? Do you approach the internet as something that is qualitatively different from other media forms?” he said.

“The difficulty with that is the very nature of convergent media itself means that basically all media is appearing online.

"The question of rules and regulations that you apply to media more generally would seem, at least in the ALRC’s interpretation, to bring in the internet.

“We don't see the internet as a kind of sacred realm that is fundamentally at odds with other media.”