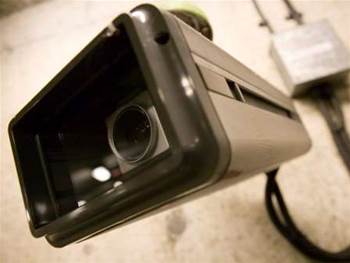 The UK's new coalition government has promised to give data back to the people in a radical overhaul of public sector databases, surveillance cameras and DNA storage.

The restoration of individuals' privacy was a central campaign of both the Conservative and Liberal Democrat parties while in opposition.

Under Labour, the UK became one of the most watched societies in the world. Surveillance was higher than in any other European Union country, and at the same level as Russia and China, according to Privacy International statistics.

Individuals' data was also put at risk by numerous large-scale data losses in the public sector.

Liberal Democrat leader Nick Clegg said in his first official speech as deputy prime minister that the government will "hand power back to the people".

"I'm talking about the most significant programme of empowerment by a British government since the great enfranchisement of the 19th century," he said.

"This government is going to transform our politics so that the state has far less control over you, and you have far more control over the state."

The government will regulate CCTV and the DNA database more closely, and restrict the storage of innocent people's DNA.

As promised in the Conservative and Liberal Democrat manifestos, the government will scrap the ContactPoint children's database, and force schools that take children's fingerprints to obtain parental permission first.

"It is outrageous that decent law-abiding people are regularly treated as if they have something to hide. It has to stop," Clegg said.

"We will end practices that risk making Britain a place where our children grow up so used to their liberty being infringed that they accept it without question."

Clegg also promised to increase British democracy by reviewing libel laws and removing limits on the right to peaceful protest.

Certain actions considered illegal under Labour will be decriminalised, Clegg promised, and the government will introduce a mechanism to block pointless new criminal offences.

"Thousands of criminal offences were created under the previous government. Obsessive lawmaking simply makes criminals out of ordinary people," he said.

"This will be a government that is proud when British citizens stand up against illegitimate advances of the state, that values debate and is unafraid of dissent."

Got a news tip for our journalists? Share it with us anonymously here.
Copyright ©v3.co.uk
Tags:
britishclegggovernmentpeoplepromisedsecurity