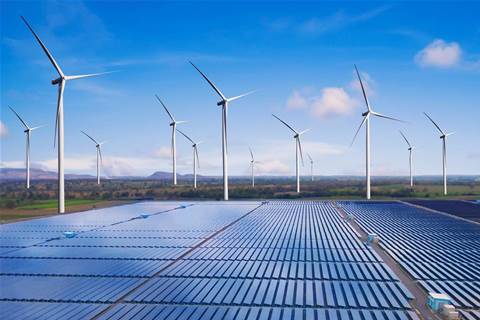 IT estate now 100 percent in the cloud.

The Clean Energy Regulator is preparing to use its new Microsoft Azure environment to trial a series of artificial intelligence tools aimed at automating emissions reduction compliance.

The agency, which is tasked with monitoring and reducing emissions through initiatives like the renewable energy target, has just emerged from a three-year transformation program.

The program, which is expected to wrap up before the end of the month, has seen CER migrate almost 100 percent of its systems to Azure - one of the first small government agencies to do so.

Chief information officer Steven Stolk told iTnews the migration took less than six months to complete, with the bulk of the work done over a three month period.

“We are 100 percent in Microsoft DevOps, Microsoft Azure and Microsoft 365, so we will have nothing in another data centre at the end of this month,” he said.

Only one CER system - a J2SE system running in another cloud environment - is yet to shift across, although this will take place in two weeks' time.

The Azure shift has allowed the agency to immediately reduce its IT costs by around 20 percent, with its data warehouse, development and test environments now turned off overnight.

“We’re really starting to see some significant changes coming through in terms of the cost model, towards 20 percent a month less,” Stolk said.

“But I think we’ll do better than that, and as we optimise more and we forecast reservations in Microsoft, we can drive down the costs.”

CER is now looking to build on this success by replacing all of its legacy apps on the Azure stack, which Stolk said will make the agency “cradle-to-grave replaced within three years”.

The road to the cloud

When Stolk arrived at the CER in 2018, the agency had already begun planning its transformation program, which was to coincide with a refresh of its managed services contract with Fujitsu.

He said this was driven by the need for a lot of the independent systems built up over the years through machinery of government changes to “integrate and interoperate much cleaner”.

While the agency didn’t set out to adopt Azure, Stolk sought to avoid a mix of platforms to steer clear of silos and improve interoperability in the future.

This proposed approach was bolstered when the agreement between Microsoft and Canberra Data Centres took place in 2017, which he described as a “game changer” for government.

“When they signed that agreement that really created a whole new paradigm that government could leverage in terms of getting a protected cloud environment,” Stolk said.

CER dipped its toes into Azure by firing up a Microsoft 365 tenancy to serve its video conferencing and instant messaging with Skype for Business.

From here, the agency moved to replace the rest of its productivity suite after recognising the benefits, particularly around managing borders and perimeters and identity.

While there was some initial resistance from within, particiculary before introducing Teams, Stolk said this “softened” with the arrival of the Black Summer bushfires and then COVID-19.

“We had a bunch of resistance and weariness, but because of the crises from December onwards, we were able to roll things out much more quickly,” he said.

“When people did see [the new services] they were actually very, very pleased with what they saw and really embraced it.

“So somebody was sitting on our shoulders, and giving us a lot of good luck because we landed just in time each time.”

Following this came the “boots and all” Azure migration, which was centred around simplifying the agency’s existing tech stack, uplifting its security posture and reducing IT spend.

“When you're really in, you get things like the [data loss prevention] that agencies spend heaps and heaps of money on, and it comes out of your standard license if you implement properly,” he said.

“But also while we’re there we then also get access to new technologies that we wouldn’t otherwise have access to, or if we did it would be difficult to actually get them, stand them up, integrate them.

“Whereas firing up a little subscription and having a look at blockchain or something like that is much more simple now, as long as you know we do a risk assessment of it of course to make sure we're not going to move data around offshore.”

Having moved its “whole payload” to a protected Azure environment, with the help of Microsoft Fast Track Centre and Services units, other small agencies are now said to be looking to CER for advice.

These include the likes of the Australian Securities and Investment Commission, Comcare, Civil Aviation Safety Authority, as well as six other agencies, who are keen to understand aspects of the lift-and-shift.

Using Azure, the agency is now planning to undertake multiple proof-of-concepts to test how machine learning (ML) might be used to streamline compliance, including how GIS imagery is assessed.

One of the trials planned over the next year will seek to use ML and AI to improve the algorithms currently used to identify objects in data from mapping software giant Esri.

Stolk said this would allow the agency to better determine certain characteristics in carbon abatement projects that it funds such as the number of trees in plantations.

“We get satellite images which aren’t high resolution, and we need to identify the tree species and assess whether the tree meets the criteria for a tree,” he said.

“But the algorithms that exist in some areas aren’t as accurate as in others, and so we think we can get more clarity and accuracy around those algorithms using ML.”

The other ML trial relates to carbon credits and whether a “threshold has been met in a contract”.

“So you plant 100 acres of trees, at a certain threshold of say 20 percent growth, you then get a payment of credits,” he said.

“Using satellite imagery, ML and AI, we can automate that by just running algorithms over existing systems and services or projects that are already in place, and then use blockchain smart contracts as a method of trigger.

“So there's a bunch of opportunities here in how we can really remove regulation components to these processes or deregulate them, streamline them and just automate a lot of the assessment and payment processes.”

Further ahead, ML could also be used to identify whether solar panels are indeed panels, and not just a piece of plastic on the roof, as well as other areas of compliance.

Using Azure ML and AI services will allow CER to become the master of its own destiny, instead of partnering with CSIRO’s Data61 or Geoscience Australia on work.

“I don't think we would have easily moved into an Amazon Web Services or an Azure ML stack otherwise, so it has fast-tracked or expedited some of that research.”