Cisco to acquire Tandberg for $3.4bn 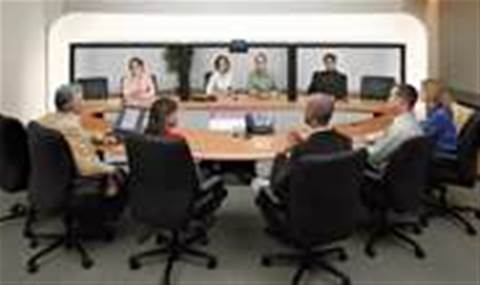 The announcement that Cisco is to acquire video conferencing specialist Tandberg, for just under US$3bn ($3.45bn) is the latest move in the battle for the online collaboration market which analysts say is worth US34bn ($38.5bn) per annum globally.

Search giant Google is already targeting online collaboration as a major plank of its strategic view, and this week sent out invitations for its cloud collaboration platform, Wave.

The acquisition is the biggest Cisco has made since it hoovered up Webex - another online collaboration vendor - in 2007.

Marthin De Beer, Cisco's senior vice president of emerging technologies, believes that the next phase of productivity and growth will be centred around video and collaboration.

"Collaboration is a US$34bn market today, enabled by technologies which have video at its heart. We believe that an end-to-end video architecture is the next-generation play," said De Beer.

Cisco will integrate Tandberg's end-point hardware and its network infrastructure solutions directly into Cisco's Telepresence offering, extending its reach from the desktop to the boardroom.

One of the criticisms continually leveled at Cisco is that its systems are proprietary, locking in customers to its architecture.

De Beer counters these arguments, saying that apart from offering customers an integrated end-to-end system, Cisco would support Tandberg's current hardware, which would also allow interoperability with other vendors systems.

Mann said the acquisition will deepen Cisco's commitment to the video market, which it has been emphasised as an important element of collaboration.

However, warned Mann, "Cisco still needs to do other acquisitions or develop products to fill out its collaboration portfolio in the area of wikis, document management and team workspaces."

Polycom is the largest and has a relationship with another of Cisco's rivals in the online collaboration sector, Microsoft.

"Polycom took over Microsoft's Roundtable business," said Mann, adding that the acquisition of Tandberg would put pressure on, "Avaya, Siemens and others in the communications equipment space, who don't have enough cash to go buying companies."

Cisco, HP and Polycom are currently the market leaders in the high-end business sector for high-definition video conferencing. However, the technology is expensive, requiring dedicated physical infrastructure and rigorous quality of service.

And if video conferencing is to push down to smaller enterprises and eventually to individual consumers - as De Beer predicts it will - that implies that national broadband infrstructures will be in place to support it.

Got a news tip for our journalists? Share it with us anonymously here.
itweek.co.uk @ 2010 Incisive Media
Tags:
acquisition cisco conferencing extends grip hardware networking on software tandberg video with