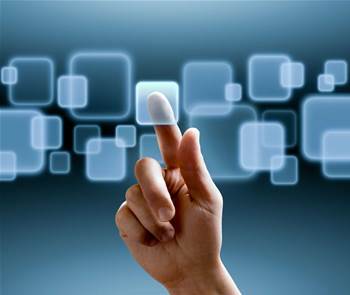 From stealth to strategy.

Chief information officers have being fingered as the senior executives most likely to guide their organisations to a digitally enabled future state.

Deloitte Consulting technology lead partner Robert Hillard sees the CIO as a kind of "post-digital catalyst" more so than perhaps anyone else in the business executive.

The idea of 2013 being "post-digital" comes from Deloitte's belief that the debate over whether to participate in the digital economy or not is over; participation, he says, is a given.

"We may not be as digital as we're going to be, but we are in a digital economy [now]," Hillard says.

Digital innovation, he explains, is the combination of cloud, mobile, social, analytics and security elements, thereby requiring someone with enough domain knowledge to tie the pieces together to derive an appropriate business benefit.

"The CIO is very well equipped typically to be that guide, [though] not every CIO is going to step up to the challenge," Hillard says.

For the most part, CIOs have already shown some willingness to adopt IT strategies that one might consider foundations for a digital future.

"The overwhelming evidence is that the majority [of CIOs] have actually managed to provide rapid access to things like bring your own device, [and] …  a wide range of business cloud services," Hillard says.

Technologies such as business social networking have also been piggybacked into organisations as add-ons to existing core systems — think the bundling of Chatter with salesforce.com — effectively fuelling digital (or post-digital) system adoption by stealth.

"There's no doubt that a lot of the services that have been most successfully rolled out have been bundled with other things," Hillard says.

"It's not that a brand new capability has been put in through cloud but rather that something that the organisation already does — sharing files for instance — has been extended by adding a file sharing cloud service, or … internal social networking through services like Yammer and Chatter are introduced through integration with other activities that the organisation is doing.

"I love the idea of describing this as post-digital by stealth."

KPMG's Australian digital economy head, Malcolm Alder, is somewhat unconvinced of the benefits of driving digital adoption through stealthy means, particularly where convenience has the potential to override performance.

"I don't want to name names but there are well known very large core systems that sit within businesses for accounting, which are very good at accounting but are really poor the closer you get to any customer interface," Alder says.

"If they're really bad at [the] customer interface then I think they can be an inhibitor rather than a liberator. I do think you need to be wary of that."

Hillard sees user-centric design as a key part of what makes a digital platform successful.

"You know that you're dealing with a digital organisation as opposed to one that's got a digital veneer over the top of it when every business process puts the key stakeholders at its centre," he says.

KPMG's adoption of digital platforms is a case study in deliberate and strategic execution of a digital vision.

It is also relatively recent. "We didn't have the capability even a couple of years ago," Alder says.

KPMG runs an internal crowd sourcing platform called BraveBanana, which it uses to tap employees for ideas on how to solve client conundrums.

The name BraveBanana is derived from the first project that used internal crowd sourcing to come up with a winning idea.

The client, a maker of fruit smoothies as the story goes, was hoping KPMG could help it find a hands-free, cost effective way to peel a banana.

A callout on KPMG's internal social media platform quickly netted 80 ideas in the space of 24 hours.

The winner? "Put a banana in a sealed vacuum and alter the pressure a few times, and the banana unpeels itself,” according to a KPMG blog post.

"We generate multiple hundreds of ideas typically for absolutely no cost that have great value to our clients that we just didn't have the capacity to be able to tap that in the past," Alder says.

"Typically the volunteering of ideas does tend to skew relatively young and junior in the organisation, which does give them a sense of empowerment, particularly when you appropriately recognise them for making that contribution."

Alder sees BraveBanana as an "efficient way to garner information and intellectual property that sits in the head of lots of people around an organisation" that would otherwise be either sporadically tapped at offsite meetings, or simply stay untapped.