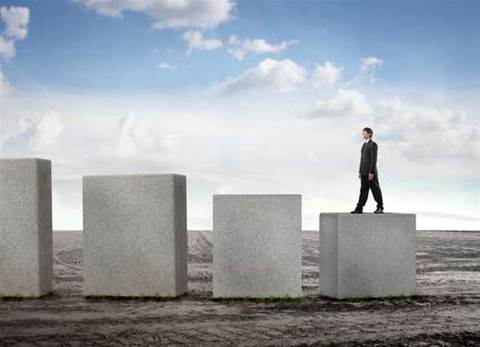 Ambitious executives with an eye on the CEO's job are looking to a stint in IT as a means to acquire strategic technical skills and a competitive edge.

As businesses become more dependent on technology, executives who once concentrated on learning sales, marketing and financial skills as tickets to ascension now see the need to spend time as chief technology or chief information officers to better their career prospects.

At the same time, IT-grown CIOs are advised to take on additional tech-heavy functions such as operations and process management to harness extra knowledge to eventually run the company.

Although not many CIOs have yet made the transition to CEO outside the technology and telecommunications industries, it will not take long before they follow the example of Commonwealth Bank's outgoing chief Ralph Norris and acquire the additional business skills to get there, according to Gartner executive partner Mike Kennedy.

Norris was CIO of the Auckland Savings Bank (ASB) before becoming its CEO, CEO of Air New Zealand and eventually taking the top job at Australia's largest bank in 2005.

He is widely credited with championing the $1 billion-plus technology transformation project underway at CBA since 2008. The executive, who reportedly took home an $11.2 million pay cheque last year, has previously said ICT professionals are critical to the success of organisations.

David Issa, former head of technology at Westpac has also made the leap. He was CIO at Insurance Australia Group before becoming CEO at NRMA Personal Insurance.

Today he runs his own start-up, insurance comparison site Just-Ezi.

What helped him the most in his career were not his technical skills, but his understanding of technology a business driver.

"Most organisations tend to run IT as a function, not a business, but if you look at IT as a business, would you make the same decisions?," he asks.

"I used to say to my (IT) people, if you are not interested in the business you have to find a job somewhere else."

While technologists understand project management and can drive innovation, they need to acquire general business skills such as sales, marketing, risk and compliance.

"Technology basically drives a lot of industries today, so you can bring your expertise but as a CEO you will need to expand your horizons and not just fall back on the tech," Issa says.

David Yuile, CEO of AAPT and formerly chief technology officer, says the transition experience makes him "a bit more geeky" than other chiefs.

"Some may question whether I'm running the company or the technology," he says laughing, "but in our business it helps. Internally we spend a lot of money on IT, so I understand what that entails and I understand the language of our customers."

But he warns "pure CIOs" may find the climb challenging.

"I've been a COO as well and a CEO of smaller companies. A move sideways to get operational skills (makes) it easier."

Kennedy says this need to combine technology with business skills is also driving executives to seek experience in IT on the way to other C-level roles. Thirty percent of CIOs in Australia today came from non-IT departments.

"Business executives are seeing CIO as a necessary step in their career," he says.

"By 2015, 50 percent will come from a business background other than IT. We're certainly seeing a shift."

A CIO's background is less relevant than their ability to think strategically.

"By the time they get to the position, where they've come from is not a determinant of success. Being able to drive strategy and engage with broader stakeholder groups is," Kennedy says.