Christmas time threats, who and what's out there? 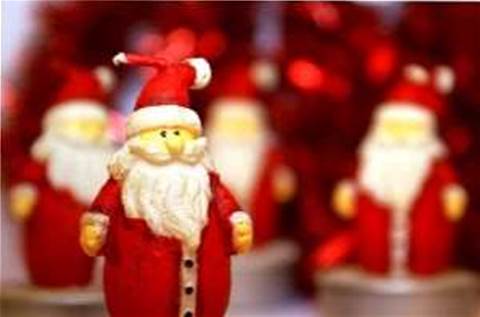 Cyber-criminals are busy at work this festive season and security experts are urging users to install patches, update anti-virus protection and remain vigilant if working from home.

Paul Ducklin head of technology for Sophos APAC said users can expect an attempt to seduce online gift shoppers but warned: “It’s not enough just to watch out for this Christmas themed stuff – all the old things are still going to go on.”

“Users should not let their guard down just because it’s the mellow time of year. For them, [the bad guys] the season of bad will is all year round,” he said.

According to Nelson DaSilva, systems engineering manager at Fortinet Australia, workers working from home during the Christmas period are also a security concern.

“Once workers leave the office they don’t have the same level of protection as they do in the office,” he said. “Surfing habits and whether they’re protected properly is of concern and if something does happen they can’t just ask the network admin to come over.”

“Web-threats are always a trade off during big events and Christmas will be no different,” Clausen said. “They [cybercriminals] are always looking for the hook because obviously you have to have some reason to click on a link – so if it’s a big discount offer it might do the trick.”

The hook in some cases could be eCards, warned Adam Biviano, premium services manager at Trend Micro Australia.

“In the past this was not so much of a concern, however given rise in web based threats, the dangers of this practice are now significant," he said. “In reality a link to what a user would consider an e-card could be a malicious website which will attempt to download malware. There doesn’t even need to be a vulnerability in the browser for the a Trojan or Bot application to be loaded, the user would accept the download and answer “yes” to the firewall warning which then pops up."

“If you search for ‘Christmas gift shopping’ you are getting some Chinese websites retaining infected URLs exploiting web pages,” he said.

Despite Google announcing that it had cleaned malicious search results from its service, Clausen said there’s no permanent remedy for it.

“If you search for ‘Christmas gift shopping’ and specify you want Chinese sites then some still come up,” he said.

Furthermore, a new banking Trojan that modifies the http protocol and adds additional fields on the log-in page has recently been discovered, added Clausen.

“They’ll grab that extra bit of data in what looks a wholly legitimate website."
Got a news tip for our journalists? Share it with us anonymously here.