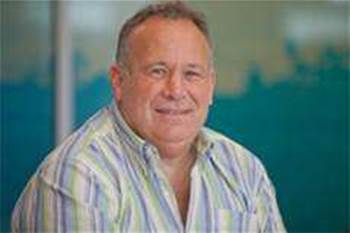 Government caught in the middle.

New Zealand telco Chorus is warning a decision to cut regulated wholesale fees it receives for copper services will impair its ability to raise up to NZ$3 billion for work on the country's next-generation broadband network.

The company holds around three-quarters of the contracts for building the state-funded Ultra-Fast Broadband (UFB) fibre-to-the-premises network, and Ratcliffe warned this is now in jeopardy.

Ratcliffe warned that without government intervention, "we simply will not be able to borrow the sums of money we need to make up to a $3 billion investment in UFB".

"Chorus is ahead in its UFB build program, is leading an industry transition to fibre and making other investment to improve broadband in New Zealand," he said.

"But unless the Government intervenes, it is likely that the benefits for New Zealand will be significantly compromised".

Communications minister Amy Adams who — together with Prime Minister John Key — indicated that the NZ government will override the regulator and set a price itself, did not immediately signal an intervention is on the cards.

"Now that the regulator's final price is known, the Government will consider its options in detail before making any further decisions," Adams said.

Ratcliffe said that if the Government did not intervene, Chorus would need to discuss with the Crown how it might deliver the balance of commitments to the UFB project, and indeed whether or not it is still a "credible partner" to the project.

Chorus has received NZ$900 million in interest free long term loans for the UFB project, and also a non-voting shareholding by the NZ Government.

Govt warned to stay out

The wholesale price paid by ISPs for a copper line and copper broadband service is set to fall from NZ$44.98 to NZ$34.44 a month.

The new price includes an almost 50 percent cut in the charge levied by Chorus for the broadband service component — which goes from NZ$21.46 to NZ$10.92 a month.

As a result of the cuts, Chorus said it is facing a funding shortfall of NZ$142 million (A$123.7 million) a year from December 1 2014 when new wholesale prices for copper-based services kick in. The shortfall is expected to top NZ$1 billion by 2020.

The regulator's decision was welcomed by the Coalition for Fair Internet Pricing, an umbrella group of consumer and user organisations.

Jordan Carter, chief executive of InternetNZ, one of the organisations in the Coalition, said the pricing was fair.

"With the price now set at NZ$34.44 a month, Kiwi consumers and businesses will be better off by NZ$100 million a year," Carter told iTnews. "The only uncertainty now would be if the government intervenes".

The Coalition called higher prices that Chorus had been seeking a "copper tax" and said it amounted to Kiwi households and businesses subsidising the telco infrastructure company to the tune of NZ$600 million.

Vodafone New Zealand said it was looking forward to the new regulatory prices coming into the market, and called for the government to stay out.

"Government needs to respect the Commission, and shouldn’t intervene in copper pricing".

Shares in Chorus are down 7.22 per cent on NZX as of writing.