China to crack down on "illegal" VoIP operators 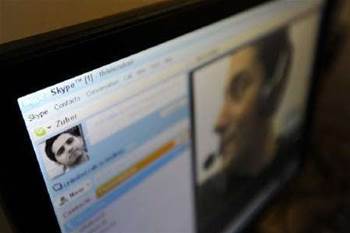 Skype could be designated illegal in China.

China plans to crack down on what it called illegal Internet telephone providers, according to a circular from the Chinese government seen in late 2010 that could potentially affect Internet calling service Skype.

The statement, from the powerful Ministry of Information and Industry Technology, did not mention any carriers by name.

It called for a crackdown "on illegal VoIP (voice over Internet protocol) telephone services" and said it was collecting evidence for legal cases against them.

Skype, partly owned by web retailer eBay, has been growing in popularity among Chinese individuals and businesses to make cheap or free international phone calls.

The circular, dated December 10, did not say what amounted to illegal services and did not name any VoIP providers it considered to be breaking the law.

Spokespeople for the ministry and the ministry's office gathering information for the campaign did not answer telephone calls on Friday. Skype could not immediately be reached for comment.

The Hong Kong-based South China Morning Post on Thursday quoted an unidentified ministry official as saying VoIP services could only be provided by the big three Chinese operators.

Spokespeople for China Telecom and China Unicom did not answer phone calls on Friday. A spokeswoman for China Mobile, reached in Beijing, referred calls to the firm's Hong Kong office. Attempts to reach the Hong Kong office were not successful.

VoIP calls allow users to make international calls for much less than commercial providers, or even for free if both parties are using VoIP. Many businesses that use VoIP services to cut down on their international telephone costs could lose access to the cheaper alternative.

Skype, which has about 124 million users worldwide, hopes to raise about $1 billion in an initial public offering expected next year.