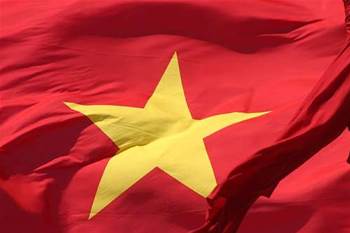 China's ministry of commerce has cleared Google's US$12.5 billion merger with Motorola Mobility a day ahead of its deadline

The Chinese authority was the last major hurdle for the acquisition, announced last August, after US and European competition regulators approved the union in February.

However, the ministry gave its blessing only on the condition that Android remains free for the next five years, The Associated Press reported Saturday.

A Motorola spokesperson confirmed the deal would proceed within the next week, according to Reuters.

Besides its regulatory power, China is second only in revenue to the US for Motorola Mobility, and home to a multi-billion dollar factory for the company, the New York Times reported.

China has made its regulatory influence more apparent since introducing a law in Janurary that obliged the ministry of commerce to vet any acquisition for antitrust concerns worth more than US$63 million in Chinese sales for the merged entity, and worldwide sales of US$1.5 billion.

Hinging on China's approval were 17,000 patents and 7,500 patent applications Google will inherit from Motorola Mobility. US regulators feared Google could abuse the portfolio in future.

The go-ahead comes as Google, Apple, Motorola, Microsoft and Oracle wage war in courts across the world over licensing and patents that become part of telecommunications standards, which are meant to be licensed on fair and reasonable terms.

Ahead of the US-EU approval, Google promised to license its Motorola patents on such terms. That promise was made as Motorola pressed ahead with its assertion of 50 of around 2,300 patents against competitors, involving those making up the H.264 video codec standard.

The company has particularly locked horns with Microsoft in both the US and Europe, with a continuing patent battle threatening to ban devices like the Xbox 360 without proper licensing.

Shortly after US and EU regulators approved the deal, Microsoft asked European regulators to intervene in Motorola's claim that it garner 2.25 percent royalties from each product for use of its patents.

Motorola's demand, which equates to $22.50 for a $1000 laptop, is 1000 times what Microsoft currently pays for patents under the standard, according to the company's legal counsel.

"There are big differences between Google’s approach and Microsoft’s," said Dave Heiner, Microsoft's deputy general counsel for its Corporate Standards and Antitrust Group.
"Microsoft is not seeking to block Android manufacturers from shipping products on the basis of standard essential patents. Rather, Microsoft is focused on infringement of patents that it has not contributed to any industry standard."
Got a news tip for our journalists? Share it with us anonymously here.