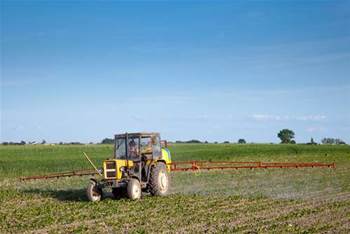 Chemicals maker Incitec Pivot is tackling the management of its contract workforce in Australia and Indonesia with a new hosted system.

The company, which makes fertilisers as well as explosives used in blasting at mine sites, completed deployment of SuccessFactors' recruitment software in July this year.

"What we've done is extended that platform to include a recruitment module," Incitec's head of human resources, Debbie Shagam, told iTnews.

In a good year, Incitec Pivot sees "around 400" contractors shuffle on and off its books, bringing a variety of commercial, legal and regulatory challenges, according to Shagam.

For example, on-boarding contractors requires certain safety information to be passed on in order to maintain 'zero harm' commitments. In addition, Incitec is keen to understand its "on-cost exposure" — effectively the commercial reality of having a contract workforce, which could include superannuation, and public indemnity and liability insurance.

"What we're trying to achieve is visibility of who is coming in, for how long, what is their rate, and to ensure people are on- and off-boarded correctly".

Contractor recruitment and management is the responsibility of the business, rather than the Human Resources department.

Incitec had an internally-documented process for on-boarding contractors that was driven out of its global procurement division. However, implementation of the process was largely manual and paper-based — a challenge considering the sparse infrastructure available at some of the company's more remote manufacturing plants.

The new SuccessFactors system takes the existing process and automates it. The system can also be accessed via an iOS or Android app, which is a preferred point of entry for users at manufacturing locations, according to Shagam.

"[Incitec] has quite stringent views around capital," Shagam said. "They're very cost conscious to ensure we're going to get a return on investment for the capital they're putting up."

The rollout was technically ready to proceed in January this year, but was held until around Easter to allow for the recruitment of a dedicated project manager to oversee it. Implementation lasted about 16 weeks, and used a mix of internal and external resources, the latter drawn from systems integrator, Presence of IT.

Though the new system is expected to have a big impact on Incitec's ability to keep track of the contractor workforce, Shagam notes it is "still early days" with respect to many of the anticipated benefits.

"I think where we're at [now] is trying to get people to actually follow the process," she said. "We've had to go through quite a bit of change management."

Shagam anticipates it will take up to six months to populate the system with "the current full set of data of actual contractors we have within the business."

The recruitment module used to manage contract employment will also be used to keep track of permanent staff, of which between 600 and 700 are hired yearly.

Incitec until recently managed permanent recruitment functions using PageUp software. Although the vendor was asked to bid for the new project, the makers of PageUp ultimately lost out to SuccessFactors.