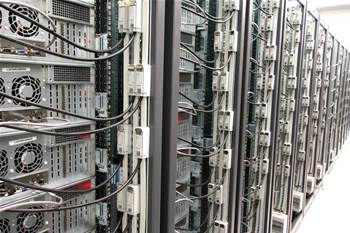 CERN is building a new data centre in Budapest, Hungary in an attempt to dramatically improve the compute resources available to particle physics experiments at the Large Hadron Collider (LHC).

The European organisation went to tender for a second 'Tier Zero' data centre after finding that its 1970s-era, 3.4 MW facility in Geneva, Switzerland was hitting capacity contraints.

It decided in May to build the new facility at the Wigner Research Centre for Physics in Budapest.

CERN operates the $6.3 billion LHC on the border of Switzerland and France, with a budget of about $164 million for IT equipment and labour over the life of the LHC's six experiments.

The experiments – including ATLAS and CMS, which famously announced the discovery of a "particle consistent with the Higgs Boson" last month – generate about one petabyte of data a second.

Of that, only about 700 megabits a second is committed to storage and/or processing at CERN’s on-site, 'Tier Zero' data centre.

Despite several decades of renovations and an ability to share resources across a globally distributed grid, Tier Zero in Geneva has in recent years been limited by the availability of power.

CERN’s activities use 230 MW of power, 120 MW of which is reserved specifically for the Large Hadron Collider. The CERN data centre uses 3.4 MW and is at full capacity.

“That means that essentially we can't put more equipment in there,” explained David Foster, deputy head of IT at CERN. “We are pushing more jobs to Tier One and Two data centres.”

Foster said CERN intended to "work towards doubling our capability" with the new Budapest facility, which would feature four computer rooms providing an additional 2.5 MW, with headroom to grow to about 5 MW.

This second Tier Zero facility will operate in lockstep with CERN’s Geneva data centre. From a technical perspective, the infrastructure deployed in it will be a logical extension of the existing architecture.

Wigner will manage the physical building, whilst the IT infrastructure deployed in the facility will be virtualised and managed remotely from the CERN’s Geneva control room.

All four rooms at the Hungary facility are expected to be complete by June 2013. The first of the rooms will be online by the end of this year.