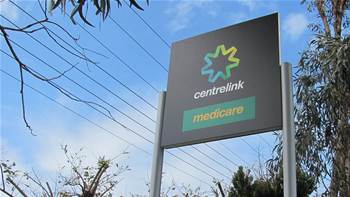 The dollar-figure – which covers the first five years of the overhaul (2015-16 to 2019-20) – was revealed in answers to question on notice from recent budget estimates published late last year.

A spokesperson would not say how much more had been spent on the project to replace the country's legacy income security integrated system (ISIS) since it entered the final leg in July 2020.

Total funding for the project stands at just under $1.6 billion after the government allocated $542.6 million to tranche four in last year’s federal budget.

A breakdown provided by Services Australia show that tranche four is the most costly to date, followed by tranche three ($525 million), tranche two ($286 million) and tranche one ($230 million).

WPIT savings are projected to ramp up following the completion of tranche four, with ongoing returns of $312 million per annum expected from 2024-25.

At least some of these savings are expected to flow from the reuse of core WPIT platforms across Services Australia as well as the rest of government.

Tranche four will see Services Australia bring improvements from earlier tranches to disability, carers and families payments as well as the age pension, as well as complete two major IT platforms.

One of these platforms is the SAP-based payments platform, dubbed Payment Utility, which began administering payments in real-time in November.

The other major component is the entitlements calculation engine solution that Infosys is building under an initial $143 million contract following a seven-month proof-of-concept.

Tranche four will also involve decommissioning the ISIS platform, but as highlighted by an audit late last year, much of this work is yet to take place.

This means “almost half of the decommissioning was not expected to be completed by the end of the program” despite this continuing to be the main goal of the overhaul.

The audit also found that while the project is on track, ISIS decommissioning delays risked “one of the original objects of the WPIT program and negated realisation of all the expected benefits”.