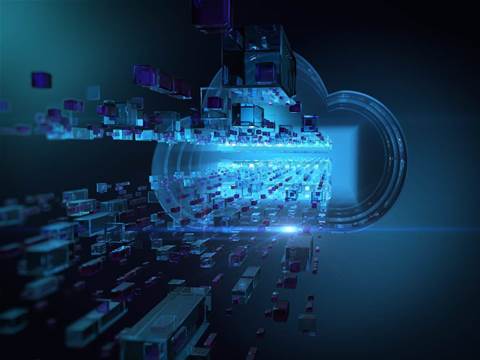 Cloud-bursting desktops and DR, with less reliance on second DC.

CenITex prefers to deliver those desktops from on-premises infrastructure, but bursts into excess capacity delivered from VMware cloud on AWS when needed. Users notice no change if they’re using on-prem or cloud-hosted virtual desktops even though the workloads run in an AWS [cough] Sydney data centre.

This arrangement also resulted in a lower-than-expected server on-prem server fleet of eight hosts, plus three in AWS. CenITex also worked with HPE on an as-a-service deal to procure servers on a consumption model, further helping its cost base.

With some Horizon already running in the cloud, a decision was made to use it for disaster recovery too. That meant less reliance on CenITex's second data centre for DR.

The presentation also touched on the use of software-defined networking as a means to connect agencies to the virtual desktop service. Which hit some hurdles as native load balancers aren’t currently offered in the VMware cloud.

The workaround was using AWS’ Route 53 DNS service, in concert with public DNS, to groom traffic as it moved between components of the system. 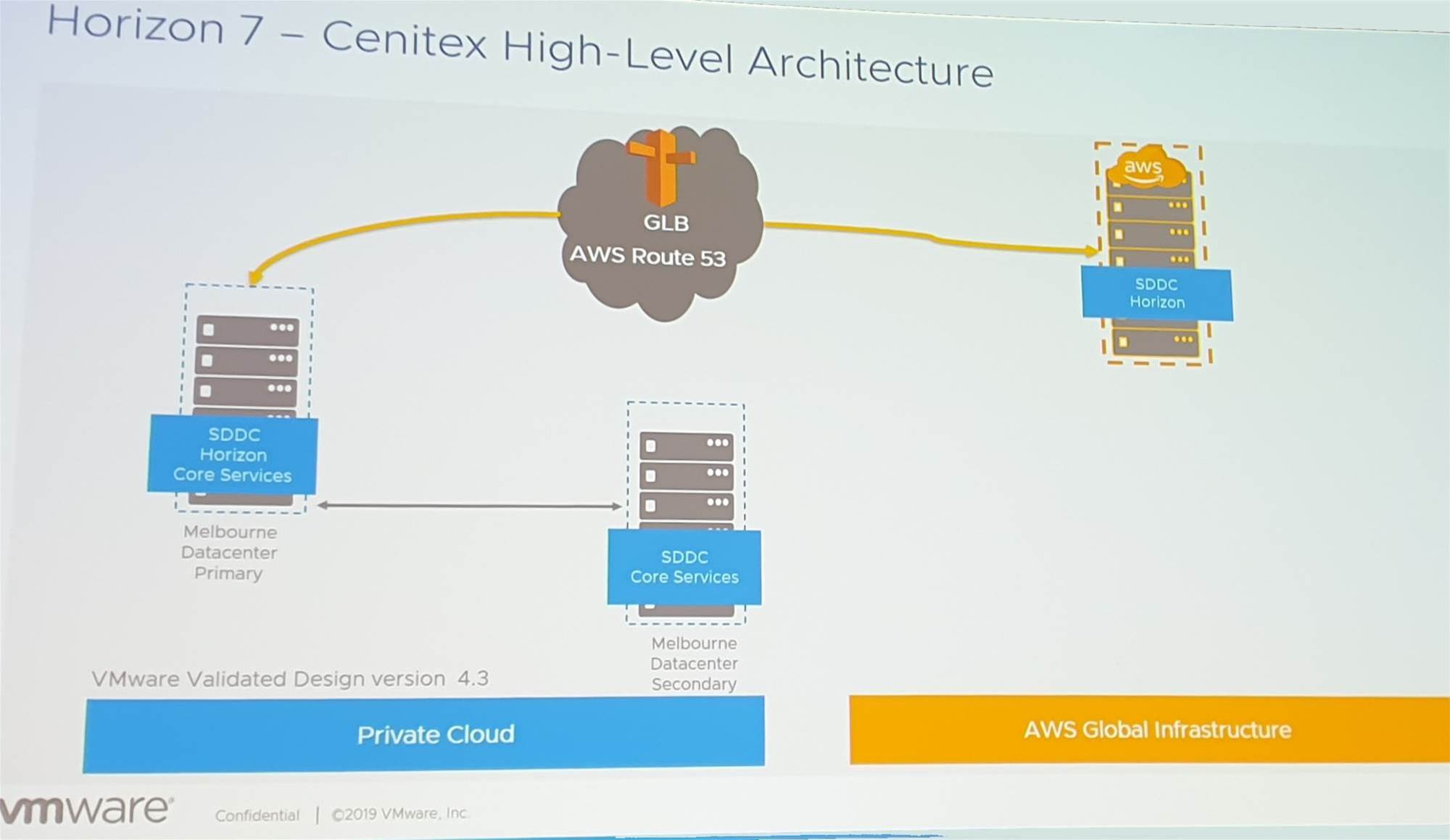 Speakers also outlined the governance challenges of the project, as the client, a service provider and AWS all had different security baselines.

That the service provider was also CenITex’s outsourced data centre provider was another factor, as its practices had to be taken into account and aligned with the cloud-bursting regime.

VMware was picked as the key supplier for the project, and two of the team who worked on it yesterday delved into its architecture in a session at the software giant’s VMworld conference in San Francisco.

VMworld features hundreds of talks, but the fact that the software giant felt CenITex’s case study was worthy of a session shows the architecture involved was deemed worth sharing widely!

Speakers emphasised that similar projects need to do things like ensure the presence and availability of directories before commencing work, and also to consider using more AWS services such as the cloud giant’s databases to ease implementation.

The presentation was titled "Horizon Disaster Recovery and Cloud Burst to VMware cloud on AWS: A Case study" and as the slide above shows, CenITex was explicitly named!