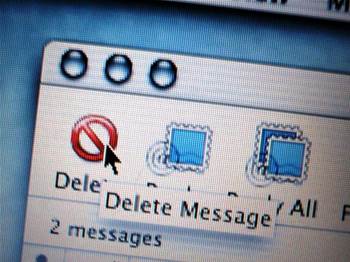 Finds ‘no basis to pursue criminal conduct’ in email scandal.

Bailey was stood aside in July after a preliminary investigation by the Queensland Crime and Corruption Commission found he had raised a “reasonable suspicion of corrupt conduct” by destroying work-related emails when he had deleted a personal Yahoo account after a warning from premier Annastacia Palaszczuk.

It followed claims the minister had used his private email to lobby unions over a multi-million dollar superannuation merger.

In March, the commission retrieved more than 30,000 emails from Bailey’s account, a number of which it believed could be public records.

The matter was referred to the state archivist for investigation.

That investigation was completed earlier this month and handed back to the commission to determine whether there had been any criminality in Bailey's actions.

Today the CCC said it had decide not to prosecute Bailey for the use of a private account and deleting emails.

"The CCC has determined not to commence a criminal prosecution against Mr Bailey for the use of a private email account and his treatment of public records contained in that email account," it said in a statement.

“In reaching this decision the CCC and state archivist considered potential breaches of the PRA [Public Records Act], the Right to Information Act 2009, the Information Privacy Act 2009 and other offences in the Queensland Criminal Code including disobedience to statute law and misconduct in relation to public office."

The state archivist found close to 1999 records in the private account that were considered public records, 660 of which could only be disposed of with the authorisation of the Queensland State Archives. No such authorisation had been given.

However, because of questions around the definition of 'dispose', and because there "must be a permanency to the disposal", it found no grounds to pursue criminal conduct charges.

“Considering the public records contained in Mr Bailey’s private email account were able to be recovered, and have now been recovered by the CCC with assistance from Mr Bailey, there has been no permanent disposal,” it said.

Having reviewed the content of all the retrieved emails, the archivist “found no evidence to suggest the intention of Mr Bailey in deacitivating the account was to conceal corrupt conduct”.

The state archivist also made a number of recommendations to govern the disposal of records by ministers, which the CCC supported.