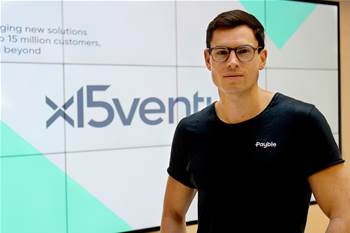 CBA’s X15 Ventures has backed fintech Payble's plans to use open banking as a way to help consumers stay ahead of bill payments through a $1 million minority share investment.

A subsidiary of regulatory compliance fintech Identitii, Payble will build upon Identitii’s participation in the consumer data right trial to help consumers stay on top of incoming bills and payments.

Through the open banking regime, Payble verifies appropriate funds are in consumers' accounts before bills are due, reducing the risk of late or failed payments.

It is the first time X15 Ventures has made a minority investment in a startup.

While Payble's technology platform won't be used by X15 Ventures directly, Payble hopes to collaborate on its future market strategy plans and how it can scale within CBA.

X15 Ventures will hold 26.7 percent of Payble, with the investment used to fast-track plans for further company growth.

According to Payble, failed and late bill payments costs billers $1 billion each year as 75 million recurring or scheduled bill payments fail or are paid late

“This is a huge problem for Aussie businesses who spend time and money following up on late payments, fielding calls from customers about their billing details or retrying payments when they fail,” said Payble CEO and founder Elliott Donazzan.

X15 Ventures already invested $150,000 in Payble under a memorandum of understanding signed in December last year to help fund a commercial trial with an in-market merchant.

One of CBA’s own general managers Chris Austin has been appointed to Payble's board of directors alongside Payble's founding directors John Rayment and Donazzan.

Earlier this year X15 Ventures marked its one year anniversary by acquiring Doshii, a "middleware cloud platform" for the hospitality industry.