CBA to relocate IT staff, innovation labs to new offices from August 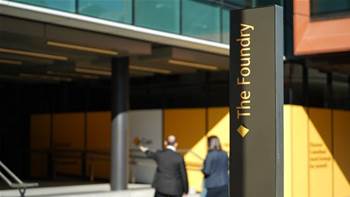 The Commonwealth Bank will re-home its technology teams and innovation labs at South Eveleigh in Sydney from August after the new building they are housed in reached practical completion.

Site developer Mirvac said in a statement that ‘The Foundry’, a six-storey, 9,000sqm “groundscraper”, is now complete.

“The Foundry is set to become home to over 5500 Commonwealth Bank of Australia staff including the organisation’s innovation labs,” Mirvac said in a statement.

CBA said in a statement of its own that its “retail banking and technology teams [will] move to The Foundry from August this year.”

CBA has another building, called Axle, in the South Eveleigh precinct, which is near Redfern in the inner south of the city.

When Axle was completed mid last year, the bank began the process of relocating what will ultimately be about 10,000 technology and operations staff from buildings in Olympic Park, Parramatta and Lidcombe, all in Sydney’s west.

CBA CEO Matt Comyn said the bank’s commitment to the South Eveleigh precinct “is driven by a desire to create a workplace that would inspire our team to design leading digital experiences for our customers.”

“We know innovation can’t happen in isolation, and that’s why we are delighted to be part of the NSW government’s ’innovation corridor‘ and collaborating with educators, entrepreneurs and the community in and around South Eveleigh,” he said.

“Five years ago, we earmarked South Eveleigh as our future workplace. The move to Axle, and soon to The Foundry, is part of CBA’s long-term investment in innovation, our people and our customers, and commitment to Sydney.”

The interior of The Foundry includes “large open areas, hackable spaces – where barriers to collaboration can be removed – as well as quiet retreat zones for concentrative work”, the bank said.

The full South Eveleigh precinct, encompassing CBA’s buildings and others, will be completed in 2021. It will ultimately comprise nine commercial buildings and shared public spaces.