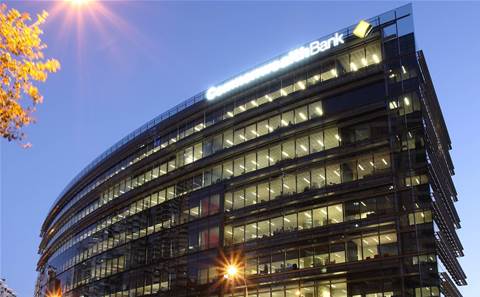 Hopes to have two-thirds of compute in public cloud by mid-2022.

CBA has set up three “execution factories” comprising repeatable processes that will power the migration of over 95 percent of workloads into public cloud over the next five years.

The bank said at its recent annual results that it had “43 percent of total compute” now in the public cloud, excluding midrange and mainframe, though it was unclear at the time what this meant.

This has now been clarified as the result of a single “execution factory” that CBA is calling the “re-host migration factory”.

It aims to take virtual machines currently hosted on on-premises servers and port them to run in public cloud instead.

CBA said late yesterday that it has “successfully migrated over 2300 virtual machines (equating to 44 percent of compute) to the public cloud” and that it “is now running the largest VMWare cloud environment across all of Asia-Pacific and Japan.”

“We’ve kicked off the [cloud migration] program recently just in the last financial year and one of the challenges in an organisation as large as ours is the ability to scale,” Le Friedman told VMWorld 2021.

“One of the things we did was to stand up what we referred to as execution factories, which are essentially constructs that allow us to apply repeatable patterns and activities to allow us to be able to do it a lot faster and more efficiently.

“In FY21 we were able to stand up three key execution factories and one of them was what we refer to as the re-host migration factory which allowed us to migrate our virtual machines on-prem into VMware Cloud on AWS.

“That allowed us to migrate quite a lot of compute capability into the cloud environment.”

Le Friedman indicated that CBA had actually managed to port “over 3500 VMs” across to AWS, and that the bank had peaked at “500 VMs a week” in its migration efforts.

“We’ve got now 44 percent of our compute in public cloud as a result of these migration activities and we’re also targeting moving up to 66 percent at the end of this financial year,” she said.

Le Friedman also pointed to the existence of a “retirement and decommissioning factory” that is responsible for “decommissioning legacy assets across the group as part of simplifying the [IT] estate” at the bank.

“The purpose of technology simplification and modernisation within the bank is about reducing the operating complexity of our IT operating environment in order for us to deliver greater value to both our customers and the employees faster, more reliably and at lower cost,” she said.

“If we have fewer, more modern applications by reducing our IT application and infrastructure footprint and accelerating our migration to public cloud, this will really help to reduce risk, increase the velocity in which we can deliver more features and functional enhancements to our customers, and of course reduce the addressable cost base of our IT operating environment.

“This obviously [also] drives greater efficiencies across the organisation, improves the standardisation and consistency in the way we operate, removes duplication of business applications, increases the adoption of more agile ways of working, and increases business agility.

“That all collectively contributes to ‘building the bank of tomorrow’ that our customers are looking for.”

Le Friedman said CBA had set “target endstate treatments” for all of its business applications “in terms of buy-hold-sell treatments”.

“The migration to the cloud doesn’t automatically reduce risk and cost,” she said.

“You’re going to go through a period where you’ve got dual run costs, and they’re quite substantial, and we need to manage the business expectation before you start reducing the cost, before you get that agility and velocity, there’s a transition period you need to work through.”

CBA’s migration efforts to date were recognised with a digital transformation award from VMWare.

The use of execution factories to speed up migration is a similar strategy to that employed by NAB when it was trying to hit scale in its own cloud migration efforts.