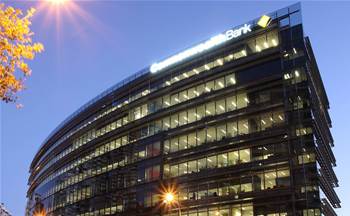 CBA is a year into a major overhaul of its centralised architecture function, elevating it from architecting for projects and “immediate needs” to instead apply a Group-wide lens to its decision-making.

The large-scale transformation was revealed during a presentation at Gartner’s IT Symposium/Xpo APAC in late October.

The job is not done yet, but the bank has made substantial progress on setting new foundations for architecture, CBA’s chief architect Brendan Harrap told the conference. Harrap was appointed chief architect in July, and was previously CTO of Bankwest.

“If I have a look at the role architecture places in the complexity of an organisation, often we dismiss organisational complexity in terms of technology as just something that’s always going to happen with an incumbent bank or a big organisation,” Harrap said.

“Actually, we need to reflect on how my team in delivery, architecture or somewhere else … contributes to that.”

Architecture contributed to the bank’s complexity because it was mostly engaged late and for individual projects.

“We started to realise that we were doing a lot of the architecture down at the very low levels of project delivery,” Harrap said.

“We were engaged by a project manager who’s had a business case endorsed, who’s assembled a team to deliver it, and has largely decided on the solution that that team needs to deliver.

“That was actually quite useful to get clear directive paths to get a feature into production for our customers, but it was starting to erode the glue of the organisation in terms of the direction we were taking with our technology decisions.

“At that point, your architecture is in a reactive mode: if we deliver it or architect it this way, we’re going to have to take some tech debt on or increase our complexity, whereas if we’re able to step back and look at the whole, we would probably be able to drive much more synergies and leverage common assets.”

Complexity could be reduced by adopting an “enterprise mindset”: that is, by “finding out across the organisation what our common needs are, and being critical on where our nuances and differences truly are.”

Common needs could be met with a handful of standard capabilities and reference architectures, instead of creating new ones for every new project.

Common needs or assets, as Harrap described them, are not of the kind found in most large organisations, such as data or workload management; these were already considered to be “core” capabilities and were performed already in a “common way.”

Rather, CBA saw a role for architecture in creating common assets around areas such as  pricing engines, customer lifecycle management or product management.

“I know that can scare project managers because it could add delay to the delivery, but it is actually a model that ultimately will buy down your tech complexity,” Harrap said.

CBA did not expect the needs of all business units to be satisfied with a single capability or tool, citing pricing engines as a case in point.

“Of course you’re going to have nuances and different needs, and we’re not dictating that you would have one pricing engine to rule them all, but what we are saying is let the facts and the architecture unpack that for us,” he said.

“I think we’ve got about 25 pricing engines in our organisation. The answer is not 25; the answer equally is not one. It’s probably five when I have a look at the different needs across the group.

“The reason that we’re in those sorts of positions is because we’ve done it from the project - the immediate need - up.”

By instead applying an enterprise-wide and commercial lens to its architectural decision-making, CBA hopes to reduce duplication and “regret spend” - money spent on updating things that quickly get replaced, retired or changed.

CBA set out a vision at the end of last year to “to create a world-class architecture practice”.

“We really wanted to lift the level of leadership in architecture,” Harrap said.

In creating that vision, CBA did not have knowledge of what 2020 would bring. However, Harrap said that 2020 had served only to “galvanise our thinking around this.”

“What it actually pressed home was that our ability to make decisions in a safe, sound, secure way was really critical.

“We needed to make these decisions at pace, and we needed to get these changes that we made decisions around into the hands of our customers quickly.”

Harrap said 2020 generally had “served up a number of challenges to everyone, in all industries, but most of all to our customers in terms of the dependency they have on organisations like CBA to ensure that we’re making decisions at pace and making changes to help their financial wellbeing at the right time.”

“When we have a look at those aspects of what we need to provide for Australians, it very quickly comes down to how our technology can enable that strategy and enable our customers.”

Harrap said it had become clear to CBA that it needed to remodel as an “architecture-led” organisation to improve its responsiveness to changing market conditions and customer needs.

“Our CIO Pascal [Boillat] is a strong believer in architecture, and in fact that we should be architecture-led when it comes to technology decisions,” Harrap said.

“It fell upon me and my team to start lifting our architecture practice up to be at the forefront of the decisions around how we’re going to invest, rather than what is traditionally happening certainly in financial services within Australia where architects are reacting to a locked-in investment profile.

“The theme for us was an architecture-led organisation.”

CBA had amassed a “very, very large architecture workforce”- 200-plus architects - but it never seemed to be enough.

“We always needed more architects,” Harrap said. “For me, that was a sign that something wasn’t quite right.”

Upon examination, the bank found the bulk of its architecture organisation spread thinly, “doing solution architecture for projects right through to incident management in some small cases.”

“The reason for that is that the architects over the years had become very valuable in terms of their SME [subject matter expert] knowledge of the organisation,” Harrap said.

“We had in the order of 200 architects. That actually was working against us. It made it very hard for us to make clear decisions and stick to those decisions.

To assist, the bank assembled a team of permanent staff, gained CIO and top-down sponsorship, and worked with Gartner and capital markets consultancy Lab49, among other partners, to articulate a path forward and benchmark against “other banks or organisations that we look up to from an architecture perspective.” While architecture itself was always a centralised function, CBA found its best lead architects “were not architecting for the bank or for the group”.

Rather, “they were promoted to that level where they simply became resource managers and people leaders to supply the huge demand of projects,” Harrap said.

“When you hit an architecture organisation i.e. a project manager saying, ‘I need someone on my project to help me understand how I’m going to deliver this’, we turn into largely a body shop.

“The growth of your architecture workforce just starts to begin from there, and year-on-year you’ll just see an increase in growth.”

Harrap said the rising cost of architecture in this operating model is largely hidden.

“It doesn’t necessarily hit any ledger to say, ‘why is architecture costing so much?’ because remember that’s an embedded cost within your project and your investment. So the total cost of architecture is somewhat under the radar,” he said.

“You’ve got to ask: you’ve got this large architecture workforce satisfying individual projects and embedded in that cost and hidden within that cost of the project, but are we actually looking at the really big strategic hurdles that might be coming up for us from a technology stance in the future?

“Do we actually know how we’re going to deliver and enable from a technology perspective the aspirations that we have as an organisation to deliver better experiences for our customers?

“That is essentially why we changed our ops model.”

CBA’s architects are now expected to foster and maintain relationships “in three directions”, rather than mostly with delivery teams.

“We’ve gone through our operating model and actually nominated domain architect leads, and we expect those leaders to have equal relationships with delivery teams, the business unit CIO and/or CEO, and then a relationship with the enterprise itself, and we’ve defined that very clearly,” Harrap said.

“As a domain architect you now need to be a strong architect, a strong people leader, a strong business influencer, and you need to have commercial pragmatism around all those decisions you make.”

In addition to creating domain architect leads, the bank also identified architects and solution designers “who can work closely with the CIO areas to ensure that what we architect at a high level can be translated to executable code.”

“Those people we actually federated out,” Harrap said.

“The reason that we did that is because architecture done right cannot be on that reactive cycle. Delivery teams are generally well geared to be able to respond quickly, establish a team and execute on a deliverable.

“Architecture needs a longer tail to think through where we’re going to guide the organisation.” A business capability “is a functional building block of the business architecture that supports the business model and the business strategy [and] defines the organisation's capacity to successfully perform an unique business activity,” according to one definition.

“We then needed to understand realistically every capability on the map needs to have a technology position of where it is now and where it needs to go - a reference architecture for that roadmap,” Harrap said.

“We’ve had a long history in CBA of developing reference architectures and they’re generally pretty good artefacts but what I would say again is they’ve slipped down to that project level.

“For me, when you look at a reference architecture across the bank, you should be able to stitch it back to the capabilities on a business capability model for a bank.

“If we’re architecting for something that doesn’t notionally fit on the capability model of the bank, it begs the question: what is the value of that capability to the organisation?”

When CBA reviewed its reference architectures (RAs) that were either developed or in a backlog waiting to be developed, it found “a blend of enterprise architecture and project RAs”.

“We had templates standardised to develop an RA, but the level at which you start an RA was variable across the organisation within the architecture workforce,” Harrap said.

“Then, by bundling those capabilities into logical groups, you could come down to about 30-40 RAs for the organisation.