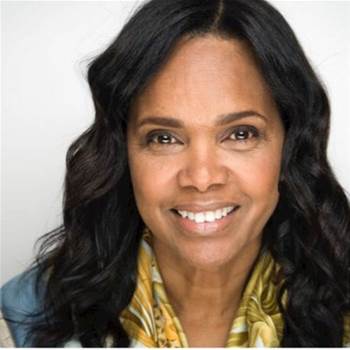 The Commonwealth Bank of Australia (CBA) has celebrated the end of the financial year with another executive shake-up after, revealing it’s has hired the CEO of a US digital health and emergency insurance disruptor to recast its corporate affairs and marketing functions.

Priscilla Sims Brown, who is currently chief executive of Miami-founded Emerge.me has been named CBA’s group executive Marketing and Corporate Affairs, a new functional role that aligns its stakeholder and community engagement functions with its messaging and advertising arm away from the embattled legal division.

The post-Hayne restructure follows a wider tech industry trend to get executives with hands-on digital nous, especially around social media and online content fields, into public facing roles that deal with government, the community and media platforms rather than falling back on taciturn lawyers.

Under the executive restructure, CBA’s battle-lacerated lawyers get their own separate division under “Group General Counsel and Governance” and will be largely spared the burden of trying to communicate ideas in legalese to the general public.

“Priscilla’s appointment will help us continue the changes and improvements we need to make to earn the trust of our customers and the community and build a better bank for the future,” CBA chief executive Matt Comyn said.

Comyn, who was famously counseled by dispatched CEO Ian Narev to “temper your sense of justice”, has mounted a substantial campaign to overhaul the CBA public standing and eliminate an institutionalised bunker mentality from the bank’s leadership team and executive ranks.

An industry-wide reliance on former political staffers, usually lawyers, and other spinners with limited hands-on understanding of how bank technology, digital operations and everyday customer experience have also contributed to horror run for banks with regulators.

The hiring of an outsider not afraid to shake things up is also likely to be interpreted as a strong signal that Comyn is more than willing to shop outside of the domestic talent pool to hire in change agents to refoot the bank.

The approach has previously worked wonders, not least with the combination of Kiwi hardcore techies Ralph Norris as CEO and Michael Harte as CIO to rebuild CBA’s core systems.

Emerge.me, from where Sims Brown hails, is essentially a digital brokerage service for US consumers shopping for what’s dubbed ‘emergency insurance’, that is additional employer based health insurance.

Because of the high costs of essentially privatised US healthcare, a significant market exists for additional cover to eliminate gap payments, especially in income brackets that would otherwise need to take out expensive loans for treatment. The venture is backed by venture builder Rokk3r Labs.

Prior to taking the reins at Emerge, Sims Brown was chief marketing officer at AXA Financial in the US, held executive leadership roles at AmeriHealth Caritas, Sun Life Financial US, and Lincoln National Corporation  “with responsibility for … stakeholder engagement, marketing, corporate affairs, investor relations and business development functions,” the CBA said.

Sims Brown starts at the bank on 1st August “subject to regulatory and all other necessary approvals”.

In the interim, CBA deputy CEO David Cohen will hold the reins at legal and corporate affairs following the previously announced departure of Anna Lenahan.