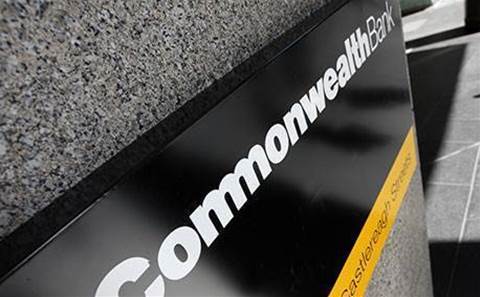 In an announcement to the market on Monday, Boillat was named as the CBA’s next group executive for enterprise services - the internal name given to the bank's IT function - and chief information officer.

Whiteing was removed from the CIO role in March as part of a restructure initiated by CBA's CEO Matt Comyn.

The appointment reaffirms the existing executive structure for technology and operations that has been in place for around the last decade.

“Pascal will be responsible for delivering CBA’s future technology and operations strategy, including data management, enabling innovation, strengthening risk controls and simplifying our business,” CBA said in its announcement.

The institution lists currently Boillat’s experience prior to Deutsche Bank as former head of operations and technology for Fannie Mae as well as Citi.

Boillat starts at CBA from 1st October, with Paul Newham, who oversees Group Operations, continuing to hold the reins until then.

The appointment comes as CBA embarks on a significant cultural change mission amid ongoing regulatory and governance scandals.

The bank this month agreed to a record $700 million penalty to settle a Federal Court action brought by financial intelligence agency AUSTRAC over what the agency described as “serious breaches of anti-money laundering and counter-terrorism financing (AML/CTF) laws.”

The mammoth fine stems from the CBA’s failing to notify authorities of suspicious transactions from its Intelligent Deposit Machines (IDM) for around three years from 2012 to 2015.

AUSTRAC’s court action against CBA cast an immediate spotlight on how well the bank’s corporate culture and governance settings was prepared to tackle bad news rather than seek to bury it and blame technology.

The IDM scandal has taken the gloss off what had been widely regarded by analysts as the CBA’s leading edge on the technology front that it secured following its successful core banking systems replacement that became the envy of rival institutions.

Ironically, the IDM machines were rolled out as part of a wider ATM fleet renewal after the CBA put incumbent suppliers it was no longer prepared to accept high cash losses from skimming of older ATM machines that did not read EMV smartcard chips on cards but used vulnerable magnetic stripes.

In a bookend announcement to the CBA’s executive appointments, the institution has revealed a significant demerger across its wealth and mortgage broking businesses along with its general insurance business being put under strategic review with a view to divestment.

“Today’s announcement is another step in our stated priority to become a simpler, better bank and has followed a thorough review of the Group's businesses and its optimal organisational structure to drive growth and shareholder value for all businesses,” Comyn said.

What that means for the CBA’s tech team is essentially a return to bread-and-butter banking without the added distraction of trying to integrate disparate systems and customers back into the CBA mothership in the hope of greater cross-selling that has come under fire at the Royal Commission.

It will also give incoming Boillat the opportunity to recalibrate the CBA’s customer service systems in line with the mandate to simplify and the rules that underpin them.