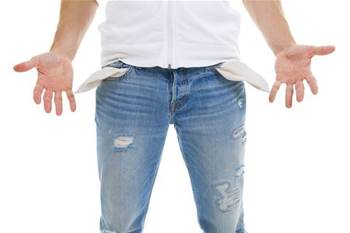 Customers of Commonwealth Bank of Australia have woken up on Friday to find that a glitch with some payments in Netbank  and the bank's recently relaunched app accidentally prompted multiple payments because of a defective error screen.

Australia’s largest bank on Friday confirmed the incident, saying a small set of users sent multiple payments after they persevered with making another transaction after seeing a screen that told them a payment had not gone through – when in fact it had.

Which is very, very annoying, especially if you end up penniless on the weekend.

The CBA says the bug was quickly isolated and nixed, but it’s understood at least a couple of thousand duplicated transactions went through on Thursday afternoon, the day when many pensions and welfare payments land in customer accounts.

Thursday is also not the best day to make erroneous payments. While CBA’s payments shoot out to other banks in real time, many other institutions still batch process on what’s known as T+2, where amounts sent can take up to two working days to clear.

That’s important when it comes to reversing out errored payments, because the funds usually have to land and clear in a recipient’s account before their bank can run a reversal to send the money back.

Basically the money has to be in one account before it can be returned to another so that things don’t get too muddled.

Problems with looping batched payments can and do go horribly wrong, as demonstrated by NAB who allowed a looped batch error through on its direct facility for RACV payments, running until it drained customer accounts or hit credit card balance limits.

CBA’s issue is not of that severity, but is still a major embarrassment after its big song and dance about the app's new capabilities.

“We are aware some customers may have encountered issues with payments this morning. We are urgently investigating this and we’re sorry for any inconvenience caused,” the CBA told customers on Thursday.

“Some customers may have tried making multiple payments and our commitment is that no customer will be left out of pocket because of this.”

“We're aware some customers early this morning may have tried making multiple payments and some of these have already been processed to other banks,” the CBA said in an update late Thursday.

On Friday morning CBA said that “some payments have already been processed to other banks” and asked customers to make contact directly to speed up reversals.

“If you’re still waiting for a payment to be reversed, please contact us on 13 2221 (option 4, option 3, option 0). Our staff will help in contacting the recipient to arrange a reversal,” the CBA’s advisory said.

Of course many customers won’t necessarily know if they’ve made multiple payments until they check their statements or payment summaries – which could make things a little awkward if you’re caught short on a weekend.

That’s not a theoretical consideration either given that CBA has a high number of pensioners and people on full or partial welfare benefits who live on small balances and have little or no savings or access to credit.

The CBA is also putting a little bit of faith – maybe too much when it comes to certain merchants like utilities – in human decency to expedite a fix. It points out that you can ask the payee to send the money back.

“If you know the recipient, they can also send the payment back to you – if you’re registered for PayID this could be a real-time payment.”