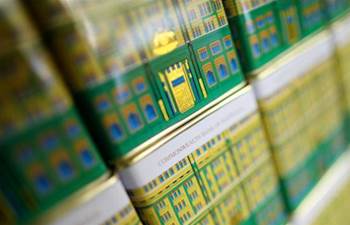 Replacement for Yuval Illuz found after more than a year.

The Commonwealth Bank of Australia has finally appointed a new permanent Chief Information Security Officer following the swift and unexpected departure of high-profile external recruit Yuval Illuz more than a year ago.

Australia’s largest bank has confirmed to iTnews that it has filled the CISO internally, appointing Keith Howard to the vacancy which had fallen onto the plate of CBA chief digital officer Pete Steele following Illuz’s exit.

Howard, who has been with the CBA for four years, is currently the bank’s chief information officer for product and marketing and general manager of its customer engagement platform.

Howard joined CBA 2015 in from petroleum giant BP, which like the CBA is a major SAP shop, where he was head of central solutions according to his social media profile.

Prior to that Howard spent a stint at Transport for London as an SAP project manager, having earlier spent six years with the German software juggernaut.

Part of the delay around filling the CBA’s most senior cyber position is certain to stem from its internal ructions in the wake of the Banking Royal Commission and subsequent AUSTRAC scandal that resulted in the bank copping a $700 million fine over failed suspicious transaction alerts.

The alerts were meant to go to the financial intelligence agency from CBA’s new intelligent ATM machines for large cash deposits, however known criminals took advantage of the glitch to push through funds that would otherwise have been detected.

It didn’t take long for Bayer Rosmarin to resurface after she was named chief executive designate of major telco Optus in early December.

Aside from the usual tier one critical infrastructure cyber concerns, a burning issue for CBA is getting its systems properly ported to the New Payments Platform after the bank was prominently slammed by Reserve Bank Governor Philip Lowe for dragging the chain on activating the real time system for customers.

The CBA is also holding out against other banks, including Weestpac, who want an industry utility created to deliver common ATM infrastructure as the use of cash continues to dwindle.