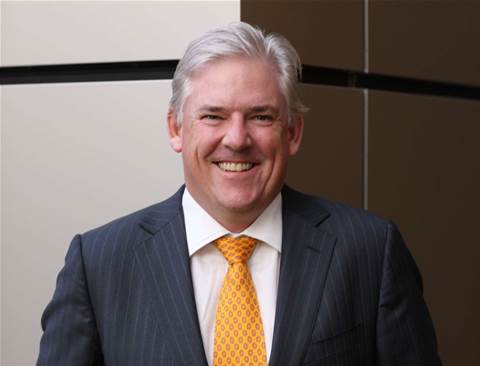 The Australian Bureau of Statistics' chief statistician, David Kalisch, revealed the appointment at an estimates hearing on economics this week.

Kalisch was providing the committee with an update on ‘Project Archer’ – a wide program of works to reform the ABS devised under former Prime Minister Tony Abbott.

The $250 million system upgrade is central to Project Archer, which is expected to see ABS operations merged with the Australian Institute of Health and Welfare (AIHW).

The funding was earmarked for the ABS as part of this year's federal budget, following pleas from the agency for cash to upgrade old and unstable technology systems.

The ABS plans to implement an "efficient enterprise-wide approach" to its more than 500 systems, some of which are over 30 years old.

"One in three ICT applications have been classed as unreliable, with issues occurring daily or weekly, putting critical statistical data at risk. Further, one in six applications are no longer supported by the vendor due to it being outdated technology," the agency has previously stated.

It will also use the funding to build new mobile apps and online portals for access to ABS data, as well as a " trusted whole of government data integration capability for policy research, analysis and program evaluation".

Whiteing had been sought for the role due to his experience maintaining systems during big upgrades.

“I think just looking for someone from outside of government who has had some experience with transforming systems and transforming business while still delivering the business," Kalisch said.

“And that’s our objective. We’re looking to transform the business while not stopping the delivery of regular statistics."

The estimates committee queried the board about recent media reports suggesting ABS labour force surveys and unemployment figures were untrustworthy.

Former chief statistician Bill McLennan had told Fairfax Media that changes to the ABS’s labour survey methodology meant it was a waste of taxpayer funds.

Kalisch defended the ABS’s methods, arguing there was evidence the labour market findings were consistent with economic analysis by other government agencies.

However, he said the bureau was pursuing recommendations of an independent review.

When asked whether Project Archer would improve the accuracy of its labour surveys, Kalisch said that wasn’t its primary aim.

“They’re not expected to change accuracy or efficacy of the labour force survey. They certainly will improve our labour force systems used in those areas," he said.

"That will certainly mitigate some of the risks that we are managing using old systems."