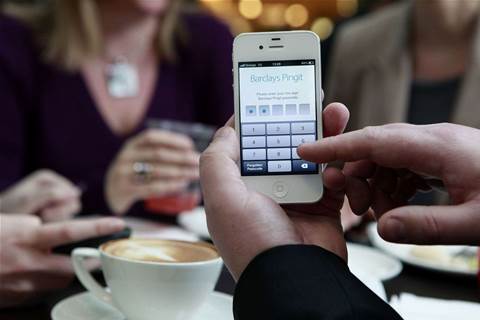 The Commonwealth Bank of Australia and the UK's Barclays have linked their mobile banking applications to allow customers to transfer money in near real-time using only an account holder's phone number.

The move is intended to stave off competition between upstarts in the financial services space that make it easier for people to transfer money, like peer-to-peer international money transfer service TransferWire and Square Cash.

The banks have linked existing capabilities that allow for payments to mobile phone numbers - within CBA's mobile app and with Barclays dedicated Pingit service - to enable the cross-border transfers without requiring account numbers or UK bank codes.

The Pingit app was originally built solely for Barclays customers to transfer money via phone number, but the bank extended its use to allow for transfer to almost any UK bank just several months after its launch in 2012.

The pair claim around 13 million of their combined customers would benefit from the partnership. The service will become available in the last quarter of this year.

Neither bank has operations in the other's home country; Barclays pulled out of the Australian market in January this year and CBA shut down its institutional equities division and capital markets business the month prior. Barclays head of innovation Michael Harte is the former CIO of the Commonwealth Bank.

CBA also today said it had opened an 'innovation hub' in London to tap into the fintech ecosystem in the country. It adds to the bank's existing labs in Sydney and Hong Kong.