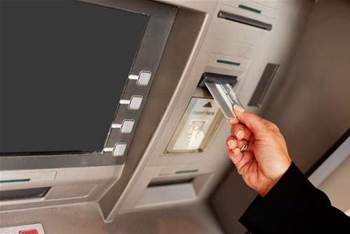 The Commonwealth Bank has been accused of deploying a fleet of intelligent deposit machines without effective fraud controls, enabling $77 million of suspicious transactions to be made using the machines over a three year period.

Financial regulator AUSTRAC has filed civil proceedings against the bank in the Federal Court, alleging over 53,700 contraventions of the Anti-Money Laundering and Counter-Terrorism Financing Act 2006 (AML/CTF Act).

AUSTRAC said CBA had deployed intelligent deposit machines (IDMs) - a type of ATM that accepts cash and cheque deposits and credits them “instantly” to the recipient’s account - in 2012.

“The funds are then available for immediate transfer to other accounts both domestically and internationally,” the authority said in a statement of claim.

AUSTRAC alleged there was no limit on the number of deposits a customer could make in a single day. Last year, more than $1 billion was deposited via the machines over two consecutive months.

It has accused CBA of not assessing the risk of the machines being used for money laundering or counter-terrorism financing.

It claimed action was not taken prior to rolling out the machines nor once they were in use – even allegedly when law enforcement raised “significant instances of money laundering” occurring through the IDMs.

“About $8.91 billion in cash was deposited through CommBank IDMs before it conducted any assessment of the ML/TF risks associated with the IDM channel,” AUSTRAC alleged.

AUSTRAC claimed it was then notified late about 53,506 transactions of $10,000 or more that were processed through IDMs.

Some of the late reported transactions involved money laundering or accounts believed to pose “a potential risk of … terrorism financing”, the authority alleged.

Five different syndicates are alleged to have exploited the IDMs for a variety of money laundering activities.

AUSTRAC is scathing of the alleged effect that CBA’s behaviour had on serious crime investigations.

“Non-reporting and late reporting [of suspicious transactions] both delays and hinders law enforcement efforts,” it said.

“Delays in this case have resulted in lost intelligence and evidence (including CCTV footage), further money laundering and lost proceeds of crime.

“It is essential to the integrity of the Australian financial system that a major bank such as CommBank has compliant and appropriate risk-based systems and controls in place to deter money laundering and terrorism financing.

“The effect of CommBank’s conduct in this matter has exposed the Australian community to serious and ongoing financial crime."

AUSTRAC said it was seeking a court order for “declaratory relief”, pecuniary penalties and its costs.

CBA said it was “reviewing the nature of the proceedings and will have more to say on the specific claims in due course".

“We have been in discussions with AUSTRAC for an extended period and have cooperated fully with their requests,” the bank said in a statement.

“Over the same period we have worked to continuously improve our compliance and have kept AUSTRAC abreast of those efforts, which will continue.”

CBA said it took its regulatory obligations “extremely seriously” and that it had invested “more than $230 million in our anti-money laundering compliance and reporting processes and systems”.

“Money laundering undermines the integrity of our financial system and impacts the Australian community’s safety and wellbeing,” the bank said.

“We will always work alongside law enforcement, intelligence agencies and government authorities to identify, disrupt and prevent this type of activity.”