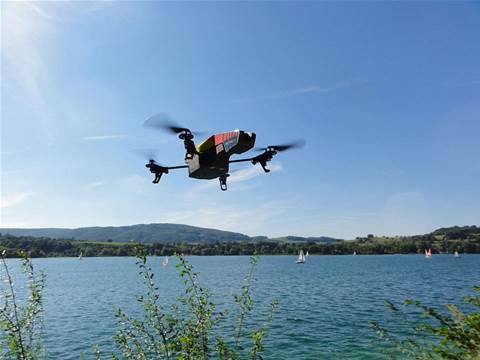 Despite opposition from airports.

Australia’s Civil Aviation Safety Authority (CASA) is preparing to relax restrictions on the use of small drones by commercial operators.

The organisation has been working with industry since mid last year on proposed changes to laws governing unmanned aeronautical activities.

CASA undertook a risk assessment of remotely piloted aircraft (RPA) weighing less than 2 kilos to determine whether to allow commercial operators of the small drones to fly without a license, and found there was no safety risk.

“The general consensus is that RPA with a gross weight of two kilograms and below have a very low kinetic energy, pose very little risk to aviation and have a low potential for harm to people and property on the ground and other airspace users,” the authority said at the time.

Under the changes, operators of the small commercial drones will be able to fly the devices without a certificate as long as they do so within certain parameters.

The unmanned aerial vehicle (UAV) operators will need to fly the aircraft outside controlled airspace and restricted areas, be more than 5 km from the boundary of an airport, and maintain a direct line of site with the aircraft.

Operators will only be allowed to fly over non-populous areas, no less than 30m away from anyone else involved in operating the aircraft, and cannot fly the aircraft any more than 400ft above the ground, and fly during daylight hours only.

Previously only recreational users could fly drones without a licence.

It's the first time the RPA rules have been reviewed since they were implemented in 2002, he said.

CASA forges ahead despite opposition

The decision to proceed with the new RPA rules has been made despite opposition from Australia's airports.

In a submission to discussions on the move last year, the industry body representing Australian airports argued the small drones pose a significant safety risk to the general public as well as the aviation industry.

Australian Airports Association CEO Caroline Wilkie at the time cited several near-miss incidents with UAVs - including in Western Australia, NSW, and Victoria - that she said could have had "catastrophic consequences”.

“The increased prevalence of such devices, combined with their ready availability and increased functionality, means that as an industry we are only beginning realise the dangers that unregulated use of RPA and advanced model aircraft can have on aviation safety," she wrote.

Wilkie urged CASA to consider creating a national register of RPA owners and their devices to more easily identify and penalise those who fly the aircraft inappropriately.

She also recommended CASA create a publicly accessible national map to identify areas where RPAs cannot be flown without approval or training.

Gibson said CASA would take up the recommendation for a national register, but did not comment on whether it would implement a national map.