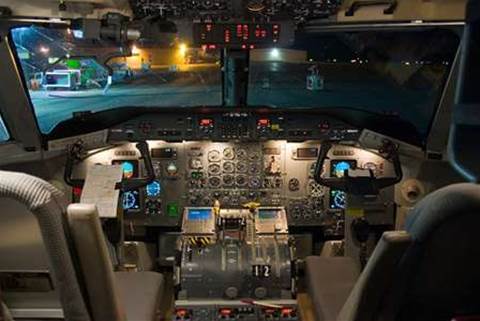 The Civil Aviation Safety Authority (CASA) has released an advisory on electronic flight bags, paving the way for greater use of tablet devices by Australian pilots.

The advisory puts a limit on just how much weight airlines can save and delivers bad news for iPad Mini fans however, with CASA's recommended minimum size for devices being A5 (210 x 148mm), compared with the iPad Mini's 200 x 134.7mm dimensions.

"A device being used as an electronic flight bag needs to be able to display information in a comparable way to the paper aeronautical charts and documents it is replacing," CASA said in a statement today.

"Devices should be large enough to allow images to be shown without excessive scrolling. Smart phones, for example, are not appropriate as the screen is too small."

Amendments to the rules for the use of electronic flight bags in commercial operations came into effect in November 2012, after Qantas rolled out iPads to pilots in a bid to cut down on paper.

A Qantas spokesman told iTnews this week that distribution of iPads to Qantas pilots had begun with the airline's Boeing 737 and Airbus A330 fleets.

"Almost all B737 pilots are now using iPads in flight," he said. "We aim to have completed distribution across all fleet types by March next year."

CASA spokesman Peter Gibson said it was only a matter of time before all commercial airlines moved to roll out portable electronic devices to pilots.

"This is something industry was waiting for. And private pilots have welcomed the guidance advisory material as it gives them some guidance," he said.

CASA's advisory recommends pilots stow the devices during take off and landing. However, Gibson said this is more to do with ensuring devices don't fly around the cockpit than over concerns about interference.

The advice comes as politicians in the US step up their campaign to get the US Federal Aviation Administration (FAA) to drop its rule preventing airline passengers from using electronic devices during take off and landing.

The FAA is currently conducting a review of this issue and is expected to report its findings early next year. Two US senators and the head of the Federal Communications Commission have reportedly written to the FAA urging it to revise the rule.

Gibson said no similar suggestion had been made in Australia. CASA does not currently mandate that airlines prevent customers from using electronic devices during take off and landing, however it is agreed practice within the industry.

Gibson said it was the wide variety of devices carried by consumers that made interference an "unquantifiable risk".

"The issue for passengers at the back of aircraft is you might have 150 or so people sitting there all with multiple different devices.

"If you knew they were all using a particular mobile phone or an iPad you could do the analysis and say the particular electromagnetic frequency is x for this device. But it's not as simple as that."

Gibson said CASA would continue to monitor what's going on around the world.

"Everyone will look with interest as to what happens in the US," he said.