Carsales uses AI to crack down on number plate cloning 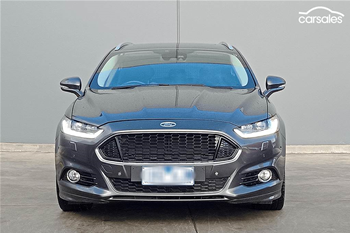 Carsales is using artificial intelligence to automatically blur the number plates of vehicles listed for sale on its site, reducing the chance of the plates being cloned and used by criminals.

The company’s head of AI and machine learning Agustinus Nalwan said in a LinkedIn post that the technology has been called ‘Mystique’.

“We finally rolled out Mystique, our new AI tech which blurs rego numbers to protect private sellers and dealers from plate cloning,” he said.

Number plate cloning “involves falsifying a genuine number plate and attaching it to another vehicle which is often the same make, model and colour,” Carsales said in a separate advisory.

“The criminal may then use the car with cloned plates to drive on tollways without consequences, drive dangerously or conduct other criminal activity, with the genuine vehicle owner often sought to pay fines or tolls.”

The car marketplace said that in 2017, a single dealer received more than $16,000 in fines as a result of a cloning incident.

Police in other jurisdictions have also previously warned motorists to blur number plates in car images they upload to the internet.

Carsales indicated that it had been “approached by representatives from Victoria Police’s Vehicle Crime Squad about increasing incidents of number plate cloning, seeking carsales’ assistance to help combat the issue”.

“The vehicle’s registration number will still be present in the listing details of dealer cars to ensure compliance with legislation,” Carsales said.

“Despite the registration number being present, key number plate details that differentiate a car – such as state taglines, colours and other symbols will be harder for criminals to discover, and make it easier for you to prove your innocence if your car’s number plates are cloned.”

These include AI designed to extract data from images as well as to check and approve new advertisements for vehicles.