Carriageworks to get new fibre link 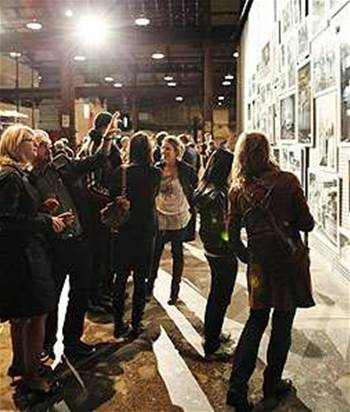 Carriageworks, a contemporary arts centre located in the historic Eveleigh rail park in inner-Sydney Redfern, is one of four sites being connected to the various operations of Dr D.

Carriageworks - which neighbours the Australian Technology Park - has its own internal fibre links, but representatives from the company told iTnews that Dr D (co-owned by film producers George Miller and Doug Mitchell) requested its own dedicated capacity at much higher bandwidth.

ISP Cinenet (cine.net.au) - which counts most of Australia's film post-production industry among its customers - is leasing a pair of fibre from PIPE Networks and will install its own 16-channel DWDM equipment on the network for Dr D's use.

Whilst the fibre network is being built, Cinenet has provided Carriageworks with a 400 Mbps, fully-symmetrical microwave link to serve Dr D's needs until the fibre connection is complete.

Cinenet is a bit of a story unto itself. Owned by the founders of Rising Sun Pictures (visual effects for the Harry Potter films, Australia and Wolverine, among others) and Internode managing director Simon Hackett, it has no off-the-shelf products or pricing.

It has instead built a network between major Australian post-production facilities and data centres such as Global Switch, E3 and Equinix.

Cinenet charges its customers a flat rate to connect to each other on a 1GB link, and then charges per usage for connections to the public internet.

Cinenet managing director Tony Clark describes the company as a "custom ISP". The company was founded when Adelaide-based Rising Sun Pictures requested internet access from the major incumbents, but found that none of its off-the-shelf plans met the needs of the film industry's utilisation - which tends to have low overheads for most of the year but massive spikes in use when a job (frames of film) need to be sent across the network.

Clark and Hackett decided to go into business together - receiving State Government funding to build fibre between screen industry sites to boost the post-production industry.

"Every year in Australia, some ten or 15 major Hollywood films transit the network," Clark boasts.

The company is now diversifying beyond the screen industry - providing high bandwidth links for any customer seeking connectivity between industrial sites or interconnects between data centres.

"We'll serve anyone with a high bandwidth requirement, especially if it's 'bursty' in nature," Clark said. "We work with customers to design something appropriate for their needs rather than something off a menu."

The problem with "menu" ISP solutions, he said, was that "people aren't thinking about what's possible" with connectivity, blinded by the narrow frame of limitations offered by off-the-shelf plans.

"We need to take away restrictions around speed as a barrier to business," he said. "We utilise broadband to enable companies to do business when they are miles away from their market."

The film post-production industry, once limited to Los Angeles, is now truly global and Australia plays a major role in it, he said. Jobs that would have taken weeks to physically ship can now be streamed to Australia in around 24 hours, with post-production facilities turning the finished work around in a matter of weeks to send it back overnight.

"That's about as much time as it used to take just to freight the data," Clark said.  "Visual effects market can be global now, not limited to Los Angeles. There is no reason we can't do the same for other industries."