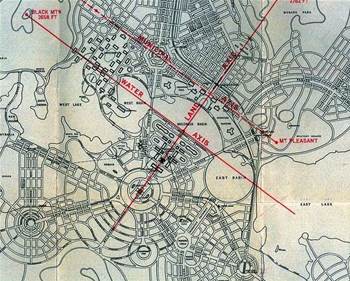 ISP iiNet will block peer-to-peer file sharing on the free wi-fi network it has been contracted to build and operate for the ACT Government, in a bid to prevent users breaching its usage conditions.

The ACT Government has confirmed with iTnews that it has given Australia’s third largest broadband provider permission to block peer-to-peer file sharing traffic.

A spokeswoman for the Chief Minister of the ACT’s Treasury and Economic Development Directorate said that iiNet had sought to permission to block file sharing on CBRfree.

“During negotiation of the contract, iiNet requested blocking of certain types of traffic generally considered to be bandwidth intensive and not in the spirit of free public wi-fi,” the spokeswoman said.

She added that other types of peer-to-peer applications focused on social networking, including Skype, Facebook, Whatsapp and Viber remained “types of activity that both iiNet and the Territory see as appropriate uses of CBRfree”.

The ACT has also requested that the iiNet provide the means to filter “content considered inappropriate for publicly supported service”. However, it said that aside from Interpol’s child abuse material list “no request to actively filter content of any kind has been made”.

The ISP aims to deploy over 700 wireless access points across 12 business districts in the territory by June next year.

The overall cost of the network has been reported to be around $4 million.

The ACT government revealed it would spend about $2.5 million during the network build in a redacted version of the contract on its tender site. The ACT government said it would contribute $2.94 million overall. iiNet was expected to cover the remainder.

The ACT’s contract with iiNet contained long list of activities considered to be “unlawful” uses of CBRfree including:

Mr Bader said that there was scope to increase the level of filtering on CBRfree but warned that it was difficult to be 100 percent effective blocking pornography.

At this stage, he said, the ACT was content with a level equivalent to that applied to 4G mobile networks.

“With all our large customers that consume IP, we provide filtering capability – base line is the really bad stuff and it goes up from there. We have some customers that are very restrictive - think schools for example.

“The ACT government is no different. It’s largely the customers call as to what we activate outside of base line – at this stage they will be adopting a ‘lite’ approach to filtering,” Mr Bader said.

In May, Telstra announced it would spend $100 million rolling out 8000 hot spots to be part of a commercial wi-fi network.

“We are not in a position to give an update about our wi-fi roll out at this stage. We will come back to you when we have more information to share,” a Telstra spokesman said.