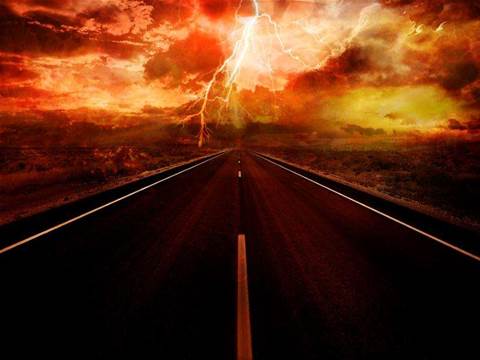 Telco will compensate with credits on 'case by case' basis.

Telstra faces the prospect of compensation claims from hundreds of angry Canberra residents after admitting that it shaped ADSL services to under 50 percent of advertised speeds to deal with congestion issues - without informing customers.

Chris Taylor, general manager for Telstra Countrywide in the Australian Capital Territory and South Eastern New South Wales, delivered the news whilst confronted by frustrated customers at a community meeting in Gungahlin, a suburb synonymous with broadband troubles.

Taylor told customers affected by the shaping of ADSL traffic - a policy Telstra instituted in an attempt to cope with lack of backhaul investment in the area - that they could apply to the telco on a "case by case basis" to be granted service credits.

The Gungahlin Community Council meeting - postponed in June 2010 - saw Taylor bombarded with horror stories from residents crying out for better broadband services for the better part of 15 years.

A history of problems

One by one, residents from the suburb told their horror stories - beginning with ACT Broadband activist Russell Gillon, who described how a lack of adequate broadband services in the area had crippled its economy.

Gillon claimed - and Telstra denies - that the company had promised to spend $20 to $30 million on laying fibre optic cable in Gungahlin (specifically for schools) in 1995.

"Many people moved into this community hoping they'll get access to that [network]," he said.

Gillon complained that the area never attracted office workers as a result - "local businesses didn't flourish," he said, leading to a "flagging economy in Gungahlin."

For most of the last 15 years, Gungahlin residents were served by RIMs - remote integrated multiplexers - that Taylor said were a "good cost-effective way [for Telstra] to meet its Universal Service Obligation (USO) and deliver fixed telephone services" during the 1990s.

The USO, he explained, didn't require Telstra to offer anything beyond dial-up speeds. The rest was at the company's commercial discretion.

The limitations of the technology - which is connected to exchanges via fibre but to homes via copper - became apparent at the turn of the millennia, as Australians began to enjoy the higher speeds of ADSL services - beginning at 256k and quickly rising to theoretical peaks of 1.5Mbps and later 8 Mbps.

But residents in Gungahlin, like other areas serviced by RIMs, were unable to upgrade.

"RIM technology couldn't provide ADSL," Taylor explained. "Unless you were on copper directly from the exchange, you couldn't get ADSL."

It "took two or three years" for Telstra to develop a hardware fix (adaptor card) to allow ADSL to be delivered from RIMs.

Gillon, speaking for the residents, complained that it took eight years for Telstra to roll out that fix, leaving Gungahlin residents stranded on RIMs while other Australians enjoyed ADSL and later ADSL2+.

But Taylor said that Telstra was still spending millions on upgrades - experimenting with rolling out CMUX (customer multiplex) technology - which would again allow Telstra to meet its USO, but could also offer around half the residents a version of ADSL.

Once Gungahlin residents were finally granted access to ADSL, the service became congested due to a lack of backhaul.

"Working from home exploded this decade," Taylor said. "With only 8 megabytes of backhaul available, and everyone using it together, people would have seen the speed deteriorate."

Taylor insisted that this was "not a fault in [Telstra's] exchange" as commonly reported at the time. "It's purely an issue of take-up versus backhaul on that RIM or CMUX."

By February 2009, Gillon said, residents that had paid for ADSL technology started noting the congestion issues.

Taylor conceded - whilst he wasn't working in the area at the time, that Telstra "had a series of RIMs and CMUXs go into congestion.

"We have had to develop that fix over the last 18 months," he said.

Telstra again developed an adaptor card. But they also took a decision to "alleviate" the congestion issue to provide "some semblance of tolerance" for customers connected to these RIM and CMUX devices.

"Anyone on an 8 Mbps plan - services were shaped," Taylor admitted. "The decision was taken to shape them to 3 Mbps."

"The thing I am disappointed about from a Telstra perspective is that our ISPs were notified of this, but we didn't notify our BigPond customers on 8 Mbps plans. We didn't notify them that their plans were being shaped, and we should have done that a lot better."

Taylor attempted to justify the shaping.

"You understand that when you buy a plan, you aren't guaranteed that speed," he said. "It's 'up to' 8 Mbps."

That statement didn't go down too well - with one customer complaining that today he achieves only 715 kbps on an ADSL2+ service that supposedly offered peak speeds of 20 Mbps.

"I am paying top dollar for this," he told the Telstra representative. "And you're telling me I am entitled to less than 1 percent of the advertised speed?"

Taylor said that 17 of the 43 RIMs in the area were found to have suffered from congestion, and all but four to five have been fixed.

Telstra said that the Federal Government's plan to build a national broadband network has made any plans to upgrade services in the Gungahlin area uneconomical.

Gungahlin was named as a second release site in the mainland national broadband rollout last week, after representations were made by local ACT Senator Kate Lundy.

"The only way to guarantee direct speeds is with fibre, and that's why the NBN is the way to go," Taylor told the residents. "Long term, it is the right solution. It will stop those issues of congestion because you'll have a direct connection from the exchange to your house."

"From here, Telstra has been fully supportive of the NBN process," he said, admitting that the former "American bosses didn't give us the greatest relationship with the government at the time - [but] they built some magnificent networks."

Taylor said Telstra "won't be investing in fibre direct to the premises" as it is in Greenfield housing developments. "It's not mandatory that we do [connect homes with fibre], it is done purely on a commercial basis," he said.

Nor will Telstra upgrade RIMs.

"We're not going to replace them at this point in time," he said. "At this moment in time, moving to fibre to the home, Telstra is going to make decisions that are commercially sensible. At $150,000 a unit, [an upgrade] is not an investment we are going to make."

Telstra will offer service credits to BigPond customers affected by its shaping policy, but will only provide these on a "case by case" basis.

This angered many of the residents at the meeting, who argued that Telstra needs to be transparent by compensating all customers affected.

"You shaped [the customers] across the board, not on a case by case basis," said another.

But Taylor argued that each customer would have been affected differently - some used connections for business purposes, for example.

Residents replied that Telstra had successfully ignored their individual pleas for over a decade - and would likely continue to ignore them. One resident described Telstra's customer service - which had allegedly described broadband services as "more a luxury than a necessity" - as "disgusting."

"I don't agree our customer service 100 percent of the time is disgusting," Taylor said. "But I do accept that we have provided poor service in the past."

Read on for support from an unlikely Telstra ally...