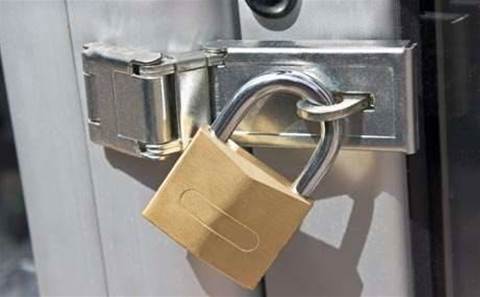 Until death do us part.

Just over $2 million worth of additions to the Department of Agriculture's expansive IT outsourcing deal with EDS Australia have taken the value of the long-running contract past $390 million, more than four times its original value.

The comprehensive managed services arrangement runs the gamut of IT services. When Agriculture took the work to market back in August 2008, it envisioned the contract would cover managed desktop, desktop LAN, midrange, storage area networks, helpdesk, Macs, and project services.

The department signed the deal with EDS in 2009 for $96 million. Since then, EDS has been acquired by HP Australia, and HP has twisted and turned and split and merged to become HPE , HP Inc, or DXC Australia. But the contract hasn’t moved.

Work orders signed in December last year have now taken the value of the deal to over $390 million.

And this figure is likely to keep growing until 2022 when the present iteration of the deal expires, at which point it will be 13 years old.

A spokesperson for the department told iTnews there were no foreseeable plans to market-test the nearly $400 million deal.

This despite a recent clause added to the deal which allows the department to take it back to market at any time it wants “if the performance of the services does not meet clearly defined and agreed requirements or if the value for money requirement is no longer being met”.

The Department of Finance confirmed that the Commonwealth procurement rules don’t place any cap on the number or value of amendments that can be applied to a federal government contract.

The rules only dictate “any variation to a procurement contract should not significantly change the scope of the contract”.

"In order to ensure transparency in government procurement activities, entities are required to report contract amendments and variations on AusTender, including any increases to the total contract value," Finance said.

Since 2009, Agriculture has published 227 such variations on the procurement website.

The procurement rules do, however, insist that “officials must achieve value for money in procurement”.

Agriculture insists it is doing so - even in the absence of any real competition.

It called in procurement consultants, who calculated it would cost the agency more to run a new approach to market than it stood to save.

“The review found that the third party service provider was delivering the services to the expected level for a price that was market competitive at that time," a spokesperson said.

He said the department would 'benchmark' the prices charged by HPE during the current term of the deal.

IT outsourcing has long been a point of controversy in Canberra, where the cost of running complex and highly regulated multi-year procurement programs often convinces agencies to stay with the same supplier for many years.

In 2015 the Department of Health switched to Datacom after 15 years with IBM.

And the Department of Defence continues to insist it is too busy to refresh its paired distributed computing deals with Unisys and Fujitsu, which are nearing the 20-year mark.