Canberra is losing the 'treasured people' keeping legacy IT alive 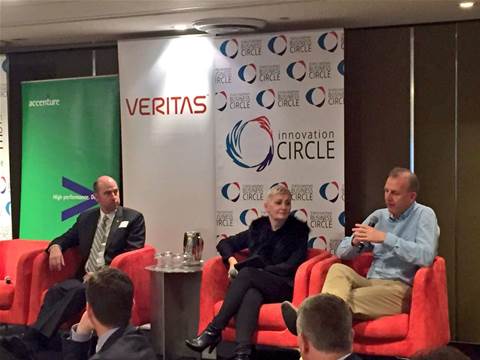 Will a new generation fill their shoes in time?

The unsung soldiers of the federal government are the soon-to-retire, career public service software developers who perform the “daily miracles” stopping the decades-old IT systems that run this country from falling to pieces.

Increasingly, they are the only ones left in their agency who know how code written in the 1980s or 1990s works, and how to change it without sending systems into disarray.

Speaking as a guest of the Trans-Tasman Business Circle in Sydney yesterday, Department of Human Services CTO Charles McHardie attested to the weight of their task.

“We push $500 million per day into the Australian economy. Just think what the impact would be if we had a failure of the Centrelink master program - that is a billion dollars every 48 hours," he said.

But these experts are a dwindling public resource, pushing the government to commit billions in recent months to replacing some of the oldest workhorse IT systems in the public sector.

Over at the Department of Defence, CIO Peter Lawrence has just kicked off an organisation-wide ERP replacement, also set to cost about a billion.

“There are not a lot of people left in the world who understand the way Centrelink is put together end-to-end,” McHardie said.

“[Over time] you continue to increase your risk because you’ll have less and less people still at working age that are able to understand the rules and relationships that sit in a fairly complex system.”

In the Australian government’s race to make sure its legacy systems retire before their developers do, it may have inadvertently unleashed a new skills drama on the Australian market.

Within months of each other DHS and Defence unveiled two of the biggest SAP projects in the government’s history, begging the question - are there even enough SAP systems integrators in the country to do all this work?

McHardie talked up the importance of “strategic partnerships” in the skills space to “make sure we’re not robbing Peter to pay Paul”.

Or, robbing Peter to pay Gary.

Defence CIO Peter Lawrence assured the business luncheon that he and peers like DHS CIO Gary Sterrenberg and WPIT chief John Murphy were "having conversations already about our respective projects, in recognition that we don't want to step on each others’ toes”.

Defence revealed in May it was looking to sign two ERP systems integrators who would compete for each “capability drop” in its multi-year overhaul. Earlier this month DHS said it wanted six partners, from whom it will choose contractors for each of the five phases in the WPIT program.

But Lawrence insisted the pool of options extend beyond Queanbeyan.

“It is a live conversation but it is definitely not a Canberra-centric conversation," he said.

“It is a matter of looking nationally to understand where the optimal delivery centres are."

McHardie said he was talking to his Defence counterpart Mohan Aiyaswami every month about these sorts of issues. He said their projects are different enough that they might just get away with it.

“Peter’s program is heavily ERP based and focused on the sustainment chain for lots of very expensive platforms," McHardie said.

“Ours is focused on welfare and social protection - for which there is not really any end-to-end industry vertical offering a core software platform. So we need to build that out."

The difficult truth is that legacy software will never go away.

“What we are creating today is tomorrow’s legacy,” Lawrence said.

“As we move forward with new technology there is always that piece that trails behind you and unfortunately that tail is getting longer for a lot of us."

The developers the government is hiring today might become the “treasured people” patching the holes in SAP megasystems in 30 or 40 years time, if the IT of today proves to be as resilient as the mainframe databases a generation of engineers built in the 1980s.

McHardie and his colleagues hope some of the more than 150 STEM grads hired in the past year will be able to step into these shoes. The DHS will continue hiring and training university leavers for another two or three years until they make up 10 to 15 percent of its IT shop.

“They bring a new level of energy and a new way of thinking to the older workforce that is extremely important as we go down this transformation journey over the next seven years,” McHardie said.