Can Quark XPress win back customers? 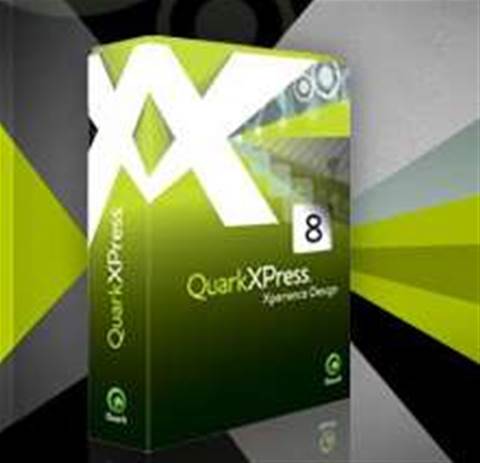 Can Quark XPress claw its way back into the desktop publishing space? iTnews talks to Alex Nemeth, regional business director A/NZ, about Quark XPress 8 – and why users should give it another look.

“We spent a lot of time talking to designers,” said Nemeth. “When we were planning Quark XPress 8, we talked to people in forums, feedback groups, agencies and designers. We like to say it was designed by designers for designers. Quark XPress 8 is a big step forward for the product.”

In fact, Quark XPress 8 is part of a new direction for the whole company. In 2006 Quark brought in Ray Schiavone as President and CEO. Schiavone decided to create two focus areas for the business – desktop (meaning Quark XPress) and enterprise (meaning dynamic publishing solutions). Anything that didn’t relate to these two programs was cut.

“Historically, Quark XPress was built from a back office engineering perspective, and we built some great technology that made sense to the engineers,” said Nemeth.

“In contrast, Quark XPress8 was built in collaboration with designers. It has a stable and robust platform of code, but it makes the product work the way people want it to work. There’s lots of technical things in 8, but that’s been driven by embracing what customers are saying.”

So what’s new? First, the user interface has been reworked, ‘to bring to the forefront the tools that users need to use,’ said Nemeth. Gone are the dreaded text boxes and picture boxes, replaced by drag-and-drop, and ‘one-size-fits-all’ boxes. Interface interaction has become more intuitive, allowing users to manipulate objects using visual cues rather than drop-down text menus.

Cross-platform capabilities have been enhanced. “You can take a traditional print design, and with no coding, convert it into a multimedia feature: Flash, banner ads, full multimedia presentations and animations, with support for audio and video content.

“We spoke to 120 Quark clients a few weeks ago. More of their business is becoming web- and multimedia-orientated. Not a single person raised their hand and said they could code. So this provides a great ability to break into a new area and expand to new clients.”

The software is made of a single source code out of the box with support for 30 languages. “This allows people to collaborate across countries, and even across languages, using one single system,” said Nemeth.

Nemeth said that feedback has been good so far. Quark XPress 8 won awards from MacUser and MacWorld UK, and was rated 5/5 by MacWorld Spain.

“We did forums where people were clapping over our new design,” said Nemeth. “We’re getting a lot of pleasant feedback. We’ve been hitting the road hard and connecting with people and getting positive feedback.”

So can it claw back customers from Adobe InDesign? “8 is an extremely strong product. In strong markets like the US and Europe we’re winning people back from InDesign.

“We know we’ve got the right product. My belief is, ‘Do simple things really well.’ We’ve taken some hits in the past few years, but we’re on a steady platform now, and we’re going to get some good growth in the next year.”
Got a news tip for our journalists? Share it with us anonymously here.