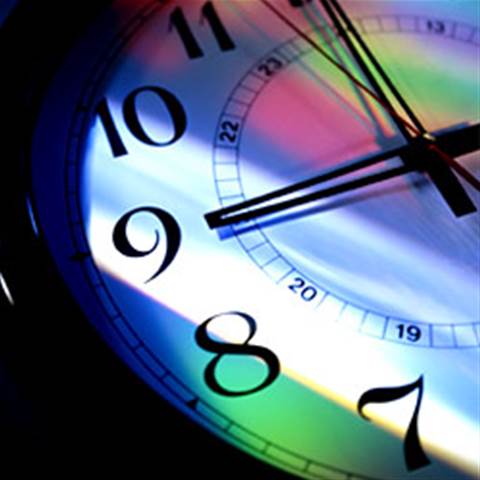 Victoria Police has identified a clock synchronisation error that led to nine drivers being wrongfully accused of speeding in northern Melbourne.

Ten point-to-point cameras along Victoria's Hume Highway were suspended from operation yesterday, after the fault was discovered on Friday.

The point-to-point system worked by taking time-stamped, digital photographs of all vehicles to measure the time taken for a vehicle to travel between one camera site and the next.

However, on nine occasions since January 2008, the clock on one camera was out of synch with a second camera, producing invalid speed calculations.

Police yesterday announced that two of the nine invalid penalties had been withdrawn, and the remaining seven drivers would be contacted to reverse the penalties and refund all monies.

The problem was said to have been identified after one driver protested a notice issued for photographs taken on 24 September this year.

Camera contractor Redflex yesterday confirmed the technical fault and apologised to "any citizens of Victoria who have been affected adversely".

The ASX-listed company said it was working with the Victoria Police and Department of Justice to review the impact of the fault, rectify the problem, and ensure it could not recur.

"Our review has given us confidence that the effect of the fault is limited to the nine incidents only," the company stated. A spokesman could not be reached for further comment.

The State Government was reportedly considering legal action against Redflex, with Premier John Brumby telling reporters:  "There's a contract, the system is meant to work 100 percent of the time."

Deputy Commissioner Ken Lay said police would maintain a strong presence on the Hume Highway and more mobile cameras would be deployed while the point-to-point cameras were offline.

Approximately 68,000 penalties had been issued by the point-to-point system since January 2008, he said, and while the faults were "extremely rare", they were still "nine too many".

"People must have confidence in the road safety camera system," he said. "We cannot afford for that confidence to be eroded by errors such as these."

"I will not be reinstating them [the cameras] until I am personally convinced that the fault has been 100 percent eradicated and that measures have been put in place to ensure that this can never happen again."