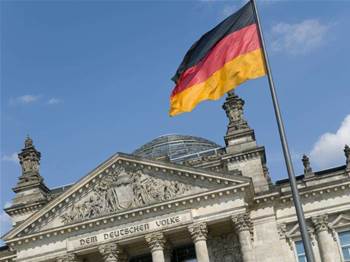 The US Ambassador to Germany scoffed at German criticisms of US data protection inadequacies, according to secret diplomatic despatches published to the internet on the weekend.

Cable 09BERLIN1167, among the first tranche in whistleblower site Wikileaks' "Cablegate” data dump, revealed that deputy chairman of Germany’s ruling coalition Gisela Piltz raised concerns that the US Government was unfit to share information with and that much of what it sought was unnecessary or a violation of Germany’s strong stance on privacy protection.

The cable, written by incoming US Ambassador to Germany Phillip Murphy to US Secretary of State Hilary Clinton 10 days before last year’s German elections and with the subject line: “Data privacy trumps security: Implications of a FDP victory on counterterrorism cooperation” warned that US interests in Germany could be compromised by the ascension of the centre-right Free Democratic Party.

Dealing with a coalition that included the FDP would be “problematic”, Ambassador Murphy wrote.

The party, the third biggest in the German parliament or Bundestag, was founded after WWII along liberal democratic ideals of civil and human rights. At last year’s polls it staged the best result in its 62-year history on a platform of protecting individual privacy rights.

Ambassador Murphy wrote in the classified cable before last year's national elections that the “the FDP's strong views on individual liberties and personal privacy could lead to complications concerning law enforcement security cooperation and data sharing”.

“Were the FDP to join the government, we expect they would closely scrutinise any proposals for security officials to access and/or share information concerning private persons with international partners, including” the US Government, Murphy wrote.

He said a visit last year by Department of Homeland Security chief privacy officer Mary Callahan was “useful in this regard but more needs to be done to ensure German officials understand US data-protection policy”.

“The FDP's fixation on data privacy and protection issues looks to have come at the expense of the party forming responsible views on security policy,” Murphy wrote. “The FDP has been out of power for over 10 years and lack experience tackling security issues in the internet age.

“The FDP appears not to fully grasp the transnational character of terrorism today and terrorists' increasing use of the Internet and related technology to recruit, train and organise.”

And Piltz warned it would turn the national police service into a “super spy agency resembling the FBI”.

“Specifically, the law provides the BKA with the power to conduct remote, online investigations of the computers of terrorism and serious crime suspects,” Murphy wrote.

His concerns were ameliorated by the prospect that should the FDP gain power through a coalition with the dominant Union parties, which it did, the junior partner's influence would be diluted and that it would take a “more constructive approach” to sharing information.

And he intimated that operations on the ground would continue status quo irrespective of who controlled the Reichstag.

“Given that the FDP would be the junior partner in the coalition, we hope that CDU/CSU [governing Christian union parties] leadership would ensure that German legal frameworks are adequate and that law enforcement and security officials continue our current close cooperation and robust information sharing on operational matters,” Murphy wrote.