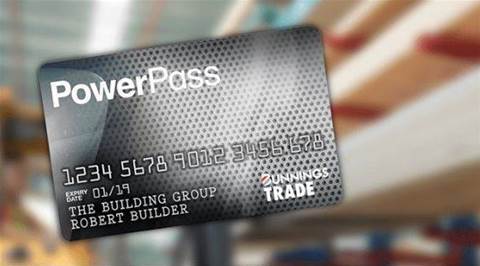 On spec, on time and probably below budget.

Bunnings Group has cemented its position as Australia’s standout hybrid digital retailer, revealing the additional cost of its rapid online sales rollout across 374 stores will be as low as the annual cost of a mid-level full time employee per store.

The hardware giant’s full year numbers have finally shed some light on the massive digital expansion, which is slated to go-live across stores in time for Christmas this year with dev costs recorded at a super skinny $30 million over two years covering 2019 and 2020.

That works out to new spend of around $40,000 per year per Bunnings store over and above Wesfarmers’ undisclosed tech investment that is rolled up in wider capex figure of $860 million for 2019, which also includes the likes of store fitouts and a swag of other items.

And while Wesfarmers total tech budget is carefully shielded from competitors, what is clear is that it’s as brutally efficient as it is successful when it clicks into gear, with Bunnings now the likely tech execution model for other brands.

Bunnings’ earnings continued their strong performance, with earnings before interest and tax (EBIT) jumping 8 percent for the 2019 for the full year to land at $1.626 billion, up from $1.5 billion in the previous corresponding period.

That was against a 5 percent boost in Bunnings’ revenue in FY2019 to $13.1 billion, up from $12.5 billion in the previous corresponding period.

And the more of that revenue Bunnings get to trouser through digital efficiency the bigger advantage it extracts.

Talking to the numbers on Wesfarmers' media call, Scott told iTnews that while there were wider shared group costs around IT infrastructure, data and analytics the group’s tech platform and data capability had created a step shift in terms of execution.

Bunnings had made “incredible progress” in digital over the past year Scott said, creating a material step change in terms of execution.

Scott told iTnews there was no specific online target specified for Bunnings in terms of transactions; rather the strategy would be led by what worked best for customers. Some of the best Bunnings store customers were also online customers he said.

But the Wesfarmers CEO couldn’t help hammer home that the the overall Wesfarmers data and digital capability had allowed Bunnings to nail down a competitive advantage of being margin accretive from the outset while other retailers had suffered margin dilution.

The core line Scott is pushing is that the data and digital capability can deliver a kind of network effect for Wesfarmers, with lifts in capacity utilisation across its industrials business he said.

But hard numbers below the broader profit and loss line are elusive – not because Wesfarmers can’t break out its tech spend, but because it has no intention of letting competitors copy its secret sauce recipe.

What the standout $30 million Bunnings digital spend number does reveal is the hard-nosed financial logic and laser focus on efficiency behind the rapid digital rollout that is heavily skewed towards letting customers pre-fill their baskets before they hit the store.

Bunnings revealed the full throttle expansion of its digital rollout to go live by Christmas in June, six months earlier than initially indicated.

The digital rollout is especially popular with tradies and businesses because it speeds up turnaround times and guarantees product availability.

At the same time it revealed around 700,000 tradies were now using its PowerPass app and trade credit facility that allows ordering and also disintermediates credit card payments, allowing Bunnings to convert what would have been a cost into an earner.

Bunnings CEO Michael Schneider said on Tuesday PowerPass membership was growing at around 10 percent to 15 percent a year, with around 1500 downloads a week.

The app is a crucial link in the digital overhaul because it allows Bunnings to directly target its core army of tradies and pivot towards what’s moving and dial down what isn’t.

It is understood that the analytics component of the online platform is also being geared towards augmenting online sales by grouping baskets – or ute loads – by linking associated products commonly co-purchased.

On the Wesfarmers analyst call, Bunnings CEO Michael Schneider said the click and collect rollout was going to plan to land in time for Christmas trade.

It will go live in the ACT in September, followed by South Australia, Victoria and Queensland in October, with WA and NSW bringing up the rear.

Schneider also pointed to the addition of services from Bunnings, which it promotes heavily online as well as in store.

The standout Bunnings-as-a-Service categories – which are provided by licensed tradies that are also its customers – have been toilet installation and barbeque assembly, Schneider said.

The synergies never end, it seems.